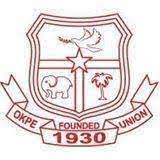 Respected leaders in Okpe Kingdom on Wednesday appealed to stakeholders to put the interest of the kingdom above their personal interests; just as the Okpe Union leaders are heading to court, seeking to stop non-members and suspended individuals from parading themselves as leaders of the ancient union.

Admonishing that any act capable of jeopardizing the unity and development of Okpe kingdom should be avoided by all, the leaders, in a statement titled: ‘’There Are No Factions in Okpe Union; Interim Impostors Should Be Ignored,’ listed the strange Orodje of Okpe Interim Committee, as one of the problems in the kingdom.

They described the actions of the Okpe monarch and members of the interim committee as “a threat to the unity and security of Okpe kingdom.”

The statement reads in part, “It has come to the notice of the elected national leadership of the Okpe Union that some persons have been parading themselves as interim leadership of our great union and are using the name of the Okpe Union to fleece unsuspecting personalities of Okpe extraction, asking for financial support to execute bogus projects that are unknown and not approved by the Okpe Union. For some months now, the elected leadership, led by Mr. Patrick Akpotor, has exercised utmost restraint, following entreaties from highly placed Okpe personalities, who promised to intervene and call the usurpers to order.”

Accusing some Sapele Okpe community members of trying to engineer a coup in the kingdom, the leaders said, “In furtherance of their nefarious efforts to cause disaffection in the ranks of our branches and affiliates, the attention of the NEC of the Okpe Union was drawn to the shocking viral broadcast by some leaders of the Sapele Okpe community, purporting to give credence to those claiming to be interim leadership, which is alien to the Okpe Union constitution.

“Okpe Union was established on May 16th, 1930 and was registered with the colonial government of Nigeria under the Land (Perpetual Succession) Ordinance No. 32 of 1924, on the 13th of December, 1934. The second registered ethnic union in Nigeria is a member only organization, which bars non-members from taking up any leadership position. Only a member of a branch of the union, who pays dues in accordance with the constitution of the union can vote and vie for any of its leadership offices.”

The statement, signed by the National Publicity Secretary of Okpe Union, Mrs. Atarhe Abuh, stated that Prof. Emurobome Idolor and Prof. Kenneth Eni were suspended indefinitely by the General Assembly of the union on grounds of anti-union activities.

It added, “The nine persons parading themselves as interim executive council of the Okpe Union, have only two members of the union, Prof. Idolor and Prof. Eni who have been suspended indefinitely by the General Assembly. It is noteworthy that Prof. Eni was the chairman of the Okpe Union Electoral Committee in 2016 that conducted the elections that brought into office the current outgoing National Executive Council of the Okpe Union. Before the expiration of the tenure, he joined hands with undemocratic forces in an attempt to derail and take over the leadership of the union leading to his indefinite suspension.”

Meanwhile, lawyers acting on behalf of Okpe Union will appear in court this week to contest the development.

The statement further stated, “The national election of the Okpe Union is now slated for the 14th of May, 2021, in accordance with the provisions of the Okpe Union Constitution, which does not recognize any external power to intervene in the governance or administration of the union. The reason for the shifting of the date from the previous May 1st, 2021, is to enable branches to complete their input in the ongoing constitutional review.”

The national leadership of the union called on members, branches and affiliates of the union to continue preparation for the elections and ignore any distractions.

They insisted, “The distractions are the handiwork of those who are not comfortable with the poise of the union to speak for and protect the interests of the Okpe nation. Like merchants of doom, they seem primed at executing an unpopular assignment, whose only purpose is to destabilize and destroy the Okpe nation. It is also clear that these individuals will stop at nothing to achieve the prebendal objectives of their paymasters.”

Calling on well-meaning sons and daughters of Okpe and public office holders to use their good positions to call all those championing the so called interim leadership of the Okpe Union to order before it is too late, the leaders averred, “The NEC is resolved to safeguard the integrity of the Okpe Union and the Okpe nation from these marauding beggars as the Okpe Union is not known for begging for alms from those it should demand stewardship and accountability from.”

The statement, while further advising the good people of Okpe kingdom to ignore stories and statements meant to to destroy the union, added, “We pray that God grants us the ability to continue delivering on the vision and mandate handed to us by the founding fathers of the Okpe Union and who won accolades for resuscitating the Okpe monarchy of the Orodje, won several cases for the Okpe people, instituted a scholarship scheme, which trained several Okpe citizens overseas, organized Okpe people to contribute to the fund with which the modern Orodje’s Palace was built, and which continually held and projected the identity of the Okpe people.”