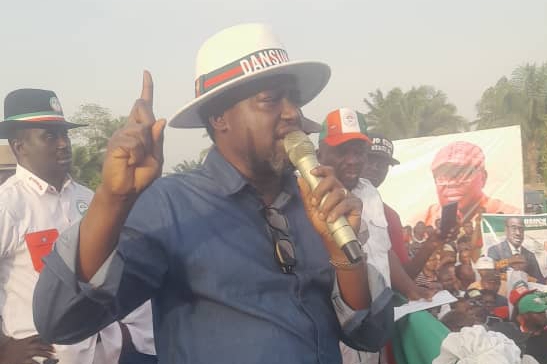 One of the gubernatorial aspirants on the platform of the Peoples Democratic Party, PDP, in Cross River State, Daniel Asuquo, has distanced himself from a purported consensus arrangement to pick the party’s gubernatorial candidate for the 2023 governorship election.

Daniel Asuquo’s Campaign Organisation said that it had nothing to do with the purported claim making the rounds in some quarters that former governor of Cross River State, Mr. Donald Duke and some prominent individuals in the PDP in Cross River State has picked the party’s flagbearer through consensus arrangement.

Speaking with journalists on the issue in Calabar yesterday, the Director General of the campaign organisation, Mr. Yibala Inyang, stated that the organization did not participate in any process or exercise to select a consensus flagbearer for the PDP in Cross River State.

Inyang stated that the electoral guidelines are clear and that as party men, they are aware of what the Electoral Act says, adding that they could not have participated in any of the kangaroo arrangement without recourse to the Electoral Act and guidelines.

The DG averred that it was not part of any process or exercise where a former governor of the state is alledged to have picked a consensus candidate, who will fly the PDP flag in the forthcoming 2023 governorship election.

This disclaimer came on the heels of news making the rounds in Cross River State that a former state governor and several other party stakeholders, including some top members of the state traditional rulers’ council had picked a particular aspirant among those jostling for the PDP governorship ticket in the South as its consensus candidate.

Inyang said, “While we remain patriotic party members and resolute in blazing the trail to deliver on people-oriented policies and programmes, we dissociate ourselves from this fragrant incursion into our party’s transparent democratic processes. We are not part of any botch concensus.”

He further maintained that even though it is allowed in African setting for people to bond and unite with one another when it has to do with community development, sometimes the consent of a people or organization is required, particularly when it has to do with taking decisions that bothers on public Interest.

The DG stated that the consent of the Daniel Asuquo’s Campaign Organisation ought to have been sought, before jumping to conclusions that the organization is part of the consensus deal in favour of a particular aspirant by Duke and his group.

Inyang added, “One would have expected that a meeting of a socio-cultural group under the aegis of Cross River Southern Community Elders’ Forum would have restricted its scope of operation to specifics, rather than stray into contentious areas, which does not fall under their priorities.”

Boasting about the popularity of his principal, Daniel Asuquo, a ranking member of the House of Representatives’ representing Biase/Akamkpa federal constituency at the National Assembly, who is also in the Cross River 2023 guber race, the organization stated that it will not fold its arms and allow a particular individual go against the 2022 electoral guidelines.

Warning to resist imposition of any form until the right thing is done,Inyang also accused the socio-political organization, led by former governor of Cross River State of trying to impose a candidate on the PDP, stressing that the scheme would not work .

The organization urged those trying to impose candidates on the PDP to first of all read the party primary guidelines for electing candidates and the 2022 Electoral Act, as amended, and other extant laws, stressing that the guidelines frowns against imposition through any guise.

He added, “The governorship aspiration of our principal, Rt. Hon. Daniel Asuquo, is not limited to the Southern senatorial district of Cross River State.

“His political influence cuts across the state with verifiable legacies, with mass appeal, even in the market square, on the streets and to the hinterland, with people who are yearning for the manifestations of his well laid campaign promises.”