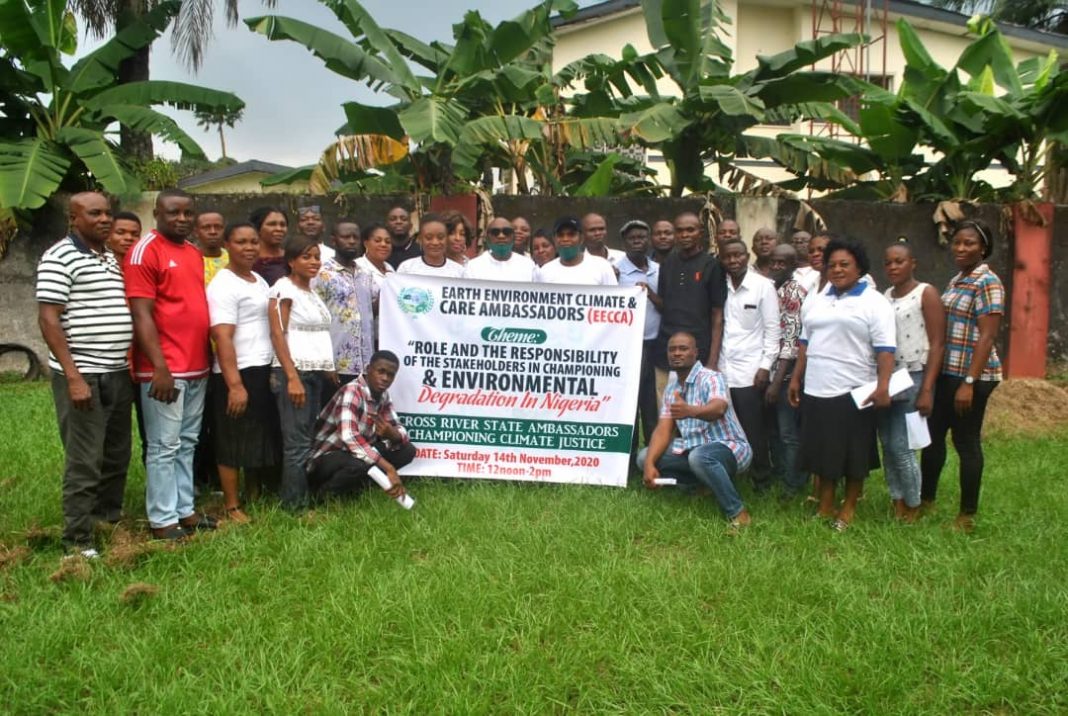 A non-governmental organization, operating in Nigeria under the auspices of Earth Environment and Climate Care Ambassadors, EECCA, has promised to do everything within its reach to ensure that it gives maximum protection to the ecosystem, put an end to environmental degradation and indiscriminate cutting down of trees.

The group ambassador for the environmental protection organization in Cross River State, Engr. Emmanuel Etim made the promise during the inauguration of the state/local government exco of the organization in Calabar yesterday.

Speaking on the theme; ‘Role and Responsibility of Stakeholders in Championing an Environmental Degredation in Nigeria, Amb. Etim stated that unless something is done to give maximum protection to the ecosystem, the world may suffer the negative impact of climate change and global warming.

He called for all hands to be on deck if the environment is to be given its required protection in order to mitigate the impact of climate change, which constitutes a threat not only to Nigeria but the entire continent of Africa.

Etim admonished members of the group to involve themselves in forest rehabilitation, and give priority attention to issues that bring fast solution to climate change.

Other areas which the EECCA state ambassador urged members of the organization to discourage residents of their immediate communities include:

He said that the organization has concluded arrangement to organize a global scientific conference with stakeholders drawn from different part of the world to come and brainstorm of several issues affecting the world with regards to global warming.

He said, “We have concluded arrangement for experts to come and rob minds, brainstorm on issues that would discourage several social and environmental odds like deforestation, open defecation, illegal mining and several others.”

Also speaking, the South East Coordinator and PA to the NGO’s national president, Amb Okpara Chukwuezugo, stated that plans are underway by the leadership of the group to establish a world class waste management and recycling in all states of the country.

Other targets set up by the NGO to meet up with the numerous challenges ahead of the organizational task include: establishment of a radio/television station in order to give the programme of the NGO widespread media coverage.