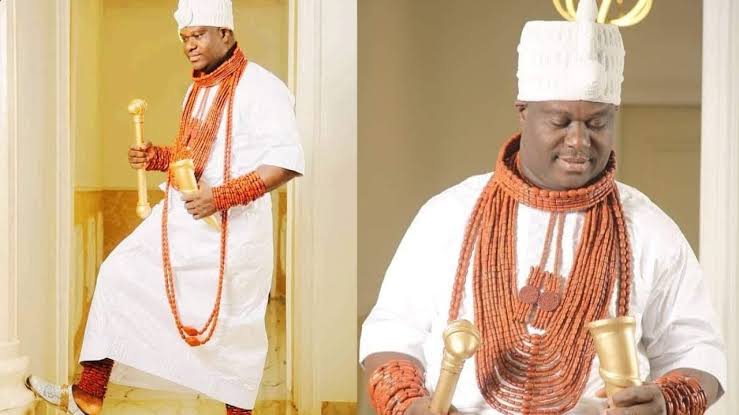 Some folks had challenged me earlier today to put out my facts as far as the emergence of the Ooni of Ife, Oba Adeyeye Enitan Ogunwusi, Ojaja II is concerned and I’m doing just that now.

From a few of the responses on the thread of my previous posts on Facebook, it’s evident that the truth had been lost in the mix, either by design or default. But I’ll see to it now and set it straight.

In a concise form, I’d try as much as possible to reveal some of the untold stories of the emergence of the Ooni, with the hope that those, who had disagreed with me, would come out with their own facts, not necessarily agreeing with me.

I’d like to start by admitting that, Oba Ogunwusi as the 51st Ooni of Ife, was definitely ordained by God, and not any man, else enough efforts were made to frustrate his emergence. However, it was a destiny fulfilled through the instrumentality of certain individuals, but certainly not the Ifa Eko or Lion of Bourdilon as many delightfully believed.

For the record, Ile-Ife has four ruling houses, and I will list them with the respective predecessors to the current Oba. They are, Ooni Ademiluyi from the Lafogido rulling house; Ooni Aderemi, from Oshikola rulling House; Ooni Sijuade from the Ogboru rulling House and of course, the incumbent, Ooni Ogunwusi, from the Giesi rulling House.

Thus, following the passing of Ooni Okunade Sijuade, in July of 2015, Ile-Ife was literally thrown into a frenzy and turmoil, as the selection of a successor had elicited the interest of Lagos political leader, Asiwaju Bola Tinubu, who had an agenda to install his friend, Prince Dipo Eludoyin. But the prince was not interested and refused to be dragged into the tussle for the Obaship. In fact, he left for London, just to be out of sight.

Not satisfied, Tinubu went on to poach Prince Ayedun, a former commissioner in former Governor Rauf Aregbesola’s cabinet. That too was not to fly, because of the more intricate dimensions to the choice of the new Ooni, which would not ignore the standard process.

Mindful of the fact that the selection of the new Ooni was to come from the rotational system gazetted by the government of the late Chief Bola Ige in 1980, it would be nearly impossible to bypass the Giesi ruling house. That one factor, unfortunately, stood against all the machinations of Tinubu known to disrespect rules and process in everything.

With the Gazette, the Giesi rulling house was next to produce the new Ooni but Tinubu, as he is known to do with his other choices, wanted to politicise this renowned Yoruba tradition for his own political interests and gains. Whatever they were! But the Ife people resisted any such moves and his plot was subsequently exposed to former President Olusegun Obasanjo, who would naturally stand in opposition camp with Tinubu.

At this point, Obasanjo, a close friend to the leader of the Giesi rulling house, Professor Adeyemi Aderibigbe, a 95-year old former Deputy Minister of Defence to the then Defence Minister Ribadu (father of Nuhu Ribadu), took it up upon himself to salvage the Yoruba culture and tradition.

Having had a full knowledge of Tinubu’s moves to compromise the process, Obasanjo made a call to Aso Rock and told Professor Aderibigbe to go and report Tinubu’s efforts at truncating the traditional process of selecting the new Oba by its 16 Kingmakers to the president, Muhammadu Buhari. Of course, Baba Iyabo facilitated the appointment, even though the professor too has a rich network at the seat of power.

Incidentally, and perhaps, by providence, on the day Professor Aderibigbe got to the Villa, he was ushered into a waiting area and behold, Tinubu and Chief Bisi Akande were already seated, also waiting to meet with the president.

After about 10 minutes, President Buhari walked in and immediately elected to speak with the oldest man first, whom he knew from his previous cabinet as Head of State.

Typical of old men, who have nothing to lose, Professor Aderibigbe wasted no time to expose Tinubu’s plans in the presence of the President and Baba Akande and the President immediately turned to Asiwaju for response and reason for his involvement since this was an Osun matter and not Lagos State.

Obviously not expecting such an attack, Tinubu was clearly cornered and immediately backed down on his mission to install the new Ooni. The president’s intervention needed no further clarification.

Meanwhile, it is true that the Elegushi had earlier taken the Ooni to Tinubu before his eventual emergence, in the hope that he would buy into the idea, but Tinubu’s mind was already made up on the person he wanted as the new Ooni and that visit was just a formality. It was of no consequence. Oba Ogunwusi was the preferred choice, allegedly tipped for the throne even by the late Ooni.

Besides, Aregbesola too had been receiving calls from prominent people, who prevailed on him not to disrupt a process already known to tradition. He was said to have squealed to his leader, that there might be crisis in Ile-Ife if he altered the process and urged that things be left as they were, because he was on the ground as governor.

Of course, that’s Tinubu for you. When Hon. Abike Dabiri and others took Hon. Mulikat Adeola to him in 2011 as the choice candidate for speaker, House of Representatives, how did that visit change the fact that he later had a deal with the other side and conceded the slot of the South-west to the north for purely selfish reasons, even after he had given his word to Mulikat.

Therefore, for those who did not know what the facts are, stop the falsehood. Tinubu did not support the Ooni, let alone make him one. He has no stake whatsoever in his obaship. Pure and simple!

•Olaleye, a Deputy Editor at ThisDay newspaper, writes from Lagos

Why Women Are Useless Beings, Walahi!