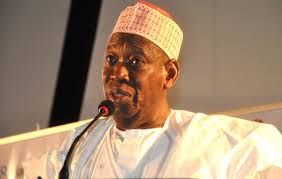 A pressure group going by the name, Kano Concerned for Prudent Leadership, KCPL, has petitioned the state Public Complaint and Anti-corruption Commission, PCACC, to investigate the state governor, Abdullahi Umar Ganduje, over alleged collection of kickbacks as seen in some videos clips that have gone viral.

KCPL, in a letter signed by one Mukhtar Sani Mandawari, purportedly on behalf of the group’s  chairman, a copy of which was sighted by compassng, implored the PCACC’S chairman to invoke his “powers under the relevant provisions of your law and cause thorough investigation into the matter.”

Recognising that the governor may not be amenable for prosecution, because he enjoys constitutional immunity, the group insisted that investigations into the allegations could be carried out, as was the case of former governor of Ekiti State, Ayodele Fayose, who was investigated while in office by the Economic and Financial Crimes Commission, EFCC.

Acknowledging the receipt of the petition, which he said was being processed, PCACC chairman said that necessary actions would be taken.

He gave assurance that his office does its work according to its enabling laws, without fear or favour, adding that it would not be the first time a government official would be investigated by the commission

Buhari To Members: APC Must Not Disintegrate