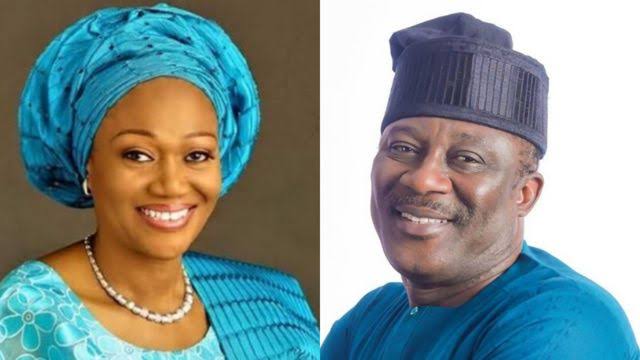 The name, Eve, is not a derivative of the word, evil, though both sound alliteratively similar. It’s a name native to Hebrew, adopted by Latin as Eva, and accommodated by English as Eve.

In Hebrew, Eve means living. But religious male chauvinists are wont to disagree with this meaning and insist that Eve means the opposite of living. Death.

Religious male chauvinists would readily associate Eve with the evil that the Serpent concocted in the beginning of time, at the Garden of Eden, where the bite of an apple contaminated innocence and opened the gate for death to sneak into humanity.

Shakespeare needs no introduction or a first name. A recurrent leitmotif in the Shakespearean tragedy of Macbeth is that the brave Thane of Cawdor was blinded by vaulting ambition, which pushes him to murder Duncan, the King of Scotland, and many others, on the bloody road to the throne.

But, I contend that Macbeth’s ambition would have remained an unfulfilled dream if not for the heartlessness of his wife, Lady Macbeth, who has an incurable desire to become the First Lady of Scotland, tearing out Macbeth’s heart from his rib cage and tossing it into a furnace fuelled by blood.

After Macbeth developed cold feet while toying with the idea of killing the king, he quickly banishes from his mind the image of himself on the Scottish throne, preferring to remain a thane than taint his hands with blood.

But his wife, like Adam’s Eve, would hear none of that. The deed must be done! The three predictions of the three witches must come to pass! Macbeth must be king, and she must be First Lady at all cost!

So, when the death rattle of the innocent masses rises up to Nigeria’s Awaiting-First-Lady in the chamber, she steps unto the street and sees a river of blood, but a smile breaks on her lips, as she looks beyond the flood of blood and sees a crown, picks it up and saunters back home on the blood, barefooted, as though she was walking on a red Persian rug.

I aver: if Lady Macbeth could attain power without her husband, the wanna-be-first-lady would gladly toss the Thane of Cawdor down the pit of hell, (where they both truly belong), but because she knows that her ambition can only be fulfilled through the vile valour of Macbeth, she decides to stay with him and manipulate him for her use.

It’s common knowledge that Nigeria’s political class is crammed with chauvinists. The head of the class, Major General Muhammadu Buhari (retd.), is a first-class chauvinist, who went all the way to Germany and proudly professed before the then most powerful woman in the world and German Chancellor, Angela Merkel, that women are playthings, fit only for satisfying man’s hunger and libido.

One of the many sons of Buhari in the male chauvinism clan is former Senator Dino Melaye, a member of the Peoples Democratic Party, PDP, from Kogi. Another is serving Senator Elisha Abbo, from Adamawa.

Melaye, it was, who desecrated the so-called hallowed precincts of the Red Chamber in 2016 when he reportedly threatened to beat up the matriarch of Bourdillon, Mrs Oluremilekun Tinubu, who has made the Senate her permanent address since 2011.

Melaye, also, allegedly threatened to whip out his manhood and impregnate Remi, a claim the eformer lawmaker has denied, saying Remi has ‘arrived’ menopause and so cannot be impregnated. Melaye revealed that he became angry when Remi called him ‘a thug’, and topped it up with another expletive, ‘a dog’, during a closed-door Senate plenary.

Abbo, now a member of the All Progressives Congress, APC, rose to national notoriety, barely three months after his election into the Senate in 2019, when he beat up a lady in a sex toy shop, which he patronises in Abuja.

But, under Buhari, civil and criminal cases involving his anointed are neither never prosecuted nor concluded. Here, I’ll mention just three for I want to quickly go back to Lady Tinubu.

Nothing is heard about the one thousand and one criminal charges levelled against the Speaker, Lagos House of Assembly, Mudashiru Obasa; disgraced former Chairman, Economic and Financial Crimes Commission, Ibrahim Magu, just disappeared into thin air, despite the humongous money and property that allegedly developed wings during his tenure, while the police shockingly arrested the trader assaulted by the Chairman, Code of Conduct Tribunal, Danladi Umar, in March, when a judge turned a street fighter in Abuja.

Back to the beautiful wife of the King of Bourdillon. I was part of an outraged nation when the news of Melaye’s infamous face-off with Remilekun broke five years ago.

I met Senator Remi up-close during a Senate oversight function at the Obafemi Awolowo University, Ile-Ife, about a decade ago. To me, she always cuts the picture of a lovely, motherly, humble and kind soul – even at a distance.

All that changed a few days ago when she hid behind a finger, drew a dagger, and back-stabbed the Nigerian electorate, whom she swore by the Bible to protect, trashing the Constitution and the country and showing herself as the real wolf in sheep’s clothing.

Genuinely worried about the free rein of bloodletting in the 36 states of the federation and Abuja, Kogi senator, Smart Adeyemi, took to the legislative floor to appeal to President Buhari to wake up and act.

Adeyemi wept as he recalled that killings in Nigeria currently are worse than what obtained during the Civil War. He said there was nothing to show for the billions of naira voted for security yearly, calling on the Federal Government to seek foreign military help.

Sitting close to Adeyemi and completely unaware her voice could be picked up by the microphone affixed to each seat, Remi asked Adeyemi, “Are you in PDP? Are you a wolf in sheep’s clothing?” Because they’re in the same party and because she’s the wife of the Jagaban, Adeyemi ignored her and continued to speak to his conscience.

Like Lady Macbeth used blackmail and guile against her husband, Lady Tinubu also attempted to do the same against Adeyemi, who slayed her with wisdom. What she meant to pass to Adeyemi when she murmured undertone like a lost bee was, “I’m here listening to you; I’ll report you to my husband.”

For Lady Tinubu, it doesn’t matter if 10,000 Nigerians fall to the bullets of insecurity daily, inasmuch as the presidential ambition of her husband remains on course. For her, it’s inconsequential, if the blood of the Nigerian masses is used to signpost polling units across the country – provided her innermost desire is actualised.

For a woman whom the illustrious Reagan Memorial School, Lagos, was wrongly named after, one would think Lady Tinubu would show love like Miss Lucille Reagan, a Texan missionary, who abandoned her home country, USA, to live and die in Nigeria, giving education and hope to millions of children. Reagan was a mother.

Remi means ‘console me’. But the side remarks of Lady Tinubu against Adeyemi wasn’t consoling. It reminded me of the wife of King Herod and the wife of Potiphar.

It’s raining, it’s pouring, the old man in Abuja is snoring. Nigeria is in danger, we need to break the glass.

•Odesola, a journalist, writes from the United States of America, USA, and can be reached via: Email: tundeodes2003@yahoo.com; Facebook: @tunde odesola and Twitter: @tunde_odesola