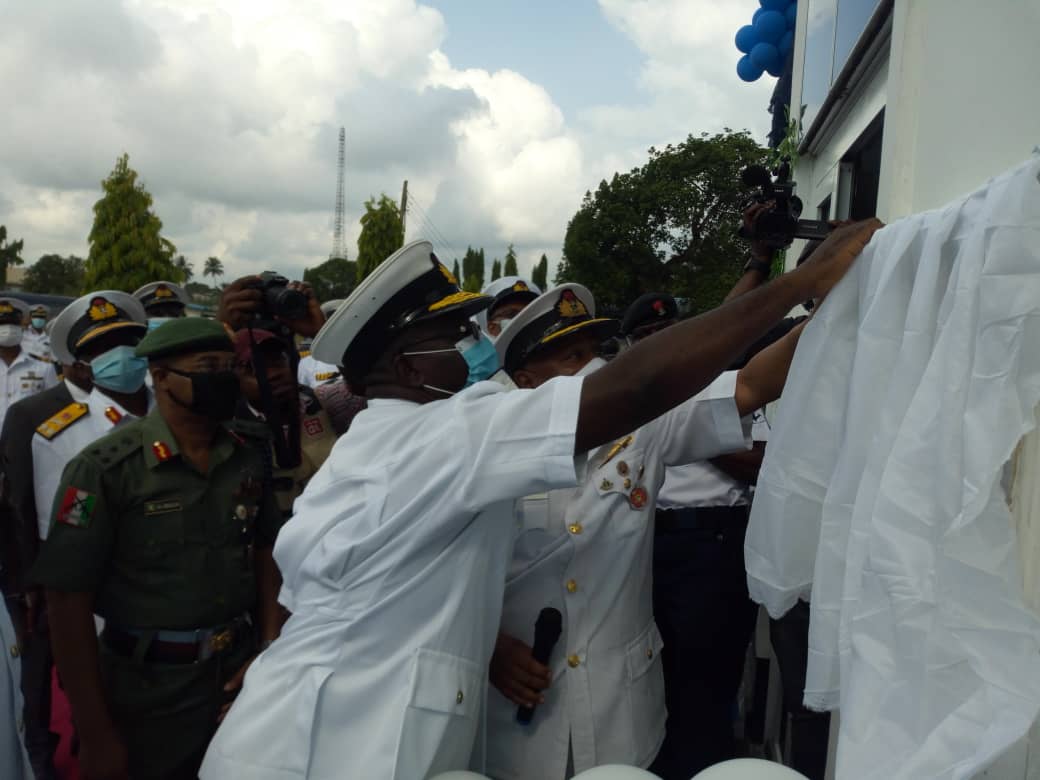 The Nigerian Navy yesterday commissioned a multi-million naira housing projects in three different locations in Calabar, the Cross River State capital, to boost its officers and ratings at the Eastern Naval Command.

Chief of Naval Staff, Vice Admiral Ibok Ete Ibas, speaking with journalists shortly after commissioning the projects, stated that the housing projects would help in enhancing operational efficiency of Navy personnel at the command; as he charged officers to put in their very best in ensuring that the peace and security witnessed by the command is sustained.

Ibas, who was represented by the Fleet Commander, Eastern Naval Fleet, Rear Admiral Perry Emmanuel Onwuzulike, stated, “These projects commissioned today, beginning from Ikot Ansa, to the Reference Hospital and to this place where we have Navy Hall for ratings and the Caxwain CBM Quarters, are for the good of the Command.”

At the headquarters of the Eastern Naval Command, ENC, CBM House, Ibrahim Badamosi Babangida Way, Akim Navy Barracks, Calabar, where Ibas also commissioned a 40-room storey building apartment, the CNS stressed that the housing projects would help Navy personnel entering Calabar to have a rest at the facility to sort out themselves before finding new accommodation.

The CNS said, “This is supposed to serve as an accommodation room for the officers before sorting out another accommodation.”

He added, “These are all infrastructural development projects as envisioned by the CNS Ibas as encapsulated in a strategic directives.

“It’s like bringing to fruitrition his vision for infrastructural development for the entire Nigeria Navy personnel.

“This obviously is the one for Eastern Naval Command in her area of responsibility.

“Obviously, if the welfare of the personnel is well taken care of, we expect optimum efficiency in the discharge of their duties.”

Ibas further stressed that the projects are keyed towards enhancing operational efficiency of the officers and men of ENC.