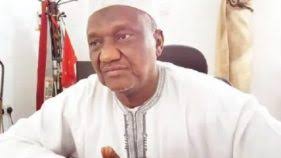 Colonel Aminu Kontagora was a patriot and a shining star in the Artillery Corps, when I had the privilege to command this very significant arm of the Nigerian Army.

He was a detribalized officer, loyal, humble, devoted to his work and calling, strong in will, virtually fearless in the course of his duty.

This officer’s officer and a gentleman served a greater part of his career in the Artillery Corps. He was punctual, obedient to duty, respectful of the command and control norm of our calling.
Colonel Kontangora was a man of effortless excellence and determined courage.

He served with me when I moved the Corps Headquarters from Bonny Camp to Kontangora,his homestead. Being a native, he made our settling down a lot more effective, stripped of any hindrances.
He was full of calm and assertive courage, resolved in visionary sincerity. He was graceful, candid, without animosity.

I was pleased to see him progress in his post retirement engagements. I read his enlightening articles in the newspapers with enthusiasm and respect for his genuine progressive visions and for his pan-Nigerian thoughtfulness.

His transition is a great and painful loss to my family, his state and the nation.

May the Almighty Allah grant his soul firdous Aljanaah and the family the courage to bear the loss. Amen.

Kwara: Why Governor AbdulRazaq Needs To Speak Out -Olokoba