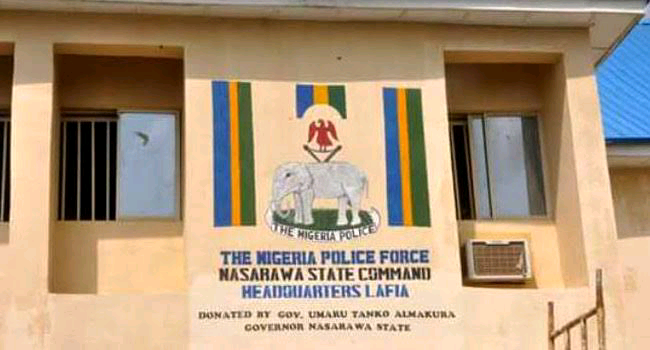 The Nasarawa State Police Command on Thursday presented the sum of N500,000, made available by Governor Abdullahi Sule, as support to the family of late Sergeant Samuel Agwadu.

Late Sergeant Agwadu was reported to have died in active service sometimes ago, while protecting the territorial integrity of Nasarawa State.

The presentation of the N500,000 to the family of the deceased Police officer by the state Commissioner of Police, was contained in a statement signed by the Nasarawa State Police Command’s Police Public Relations Officer, PPRO, ASP Ramhan Nansel, and issued to journalists in Lafia.

While presenting the money to the wife of the deceased Police officer, the Commissioner of Police thanked Governor Sule for his tireless support for the welfare of Police personnel in the state, most especially those who died in active service, and urged the wife to make good use of the money.

Responding, the wife of the late Agwadu, Mrs Tabitha Agwadu, appreciated the state governor for the gesture and promised to invest the money in a profitable venture that would inturn better the life of the family of their late breadwinner.