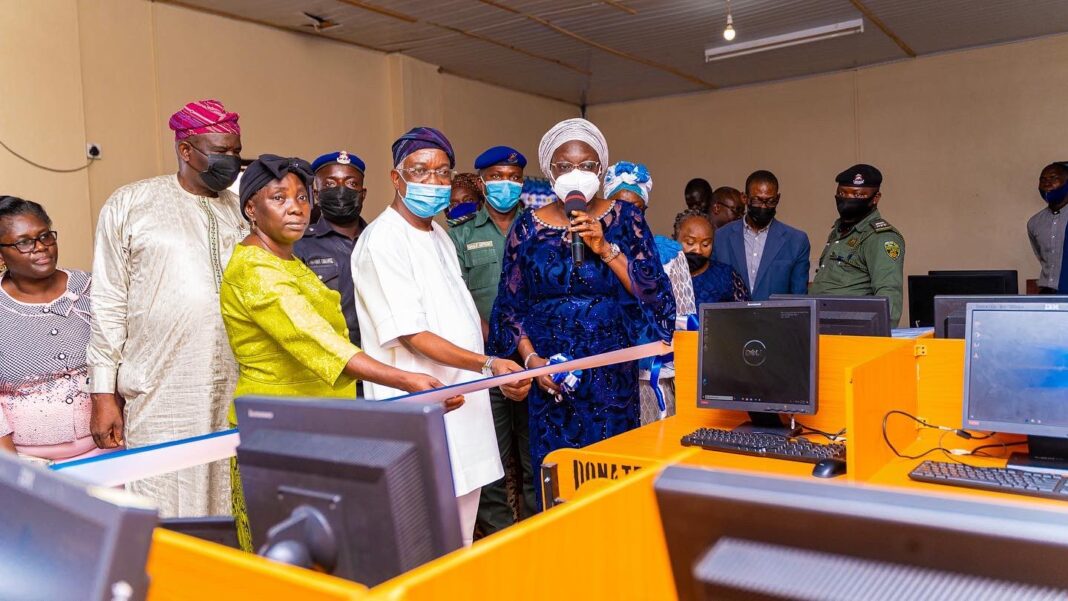 Engineer Olaniyan made this donation on Thursday at the commissioning of the upgraded ICT Centre in Queens School, Apata, Ibadan by the 1976-1981, set of Old Students to commemorate their 40th year of graduation. A statement signed by the Permanent Secretary in the Ministry of Information, Culture and Tourism, Dr. Bunmi Babalola stated that the donation is an addition to the 25 desktops and five laptops the Old Girls Association donated to the school to upgrade the ICT centre in the school, so as to boost e-learning and facilitate easy access to information and e-books for the students.

The Deputy Governor also called on major stakeholders in the educational sector to support the government in improving the state and face of education in Oyo State. Asserting that the state government’s effort needs to be complemented by non-governmental bodies, such as the old students’ associations, to ensure that this administration’s drive to revamp the sector comes to fruition,the Oyo State number two citizen appreciated the Old Students Association for giving back to their alma mater, and replenishing the source that once enriched them, adding that their effort is a wake-up call to other sets.

Olaniyan said the old students could attain the peak of their career and their current status because of the effort their teachers made; and encouraged the students to cooperate with the teachers in molding them for a secured future. Speaking earlier at the event, the Special Guest of Honour and Deputy Governor of Ogun State, Engineer Noimot Salako-Oyedele, who also belongs to the set said the school gave them a solid foundation that has helped them stand firm and strong even after 40 years of exiting the school.

Engineer Salako-Oyedele encouraged the students to pick role models that will guide them and show them pathway to achieving and actualizing their dreams.