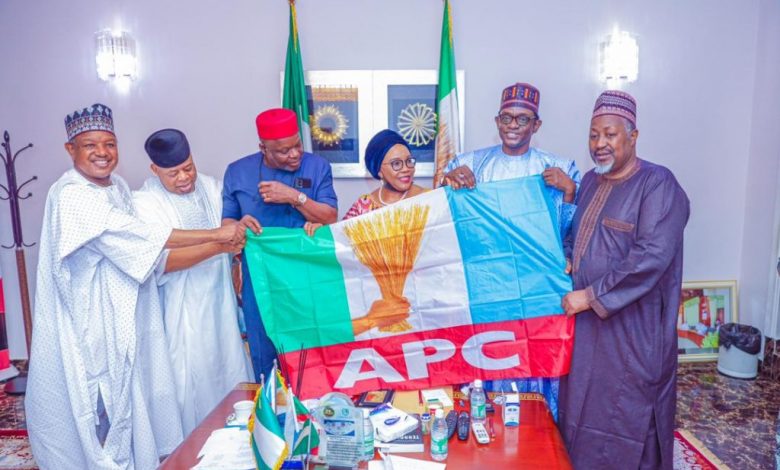 Another member of the Board of Trustees of the Peoples Democratic Party, PDP, Senator Joy Emordi, on Wednesday defected from the opposition party to the All Progressives Congress, APC.

Mordi’s Defection is the second, in less than one month, of PDP BoT members defecting to APC after that of Senator Grace Folashade Jackson Bent, last month, in Adamawa State.

Chairman of the APC Caretaker Committee/Extraordinary Convention Planning Committee and governor of Yobe State, Mai Mala Buni, in a brief ceremony in Abuja, formally received the senator into the APC.

Senator Emordi said she was convinced that the future of a prosperous and united Nigeria lies in the ruling APC.

Describing the APC leadership as sincerely and genuinely committed to a united Nigeria, that has plans for the future generation, the lawmaker assured the party of her loyalty and her supporters’ to the party.

She said, “l assure the party of my loyalty and support and to work for the success of the party.

“The APC-led Federal Government is working for the South East and this is attracting more PDP members into APC.”

Expressing delight with Emordi’s decision to contribute to the unity of the country, Bunisaid, “There is need for us to join hands for the political stability and national unity of our dear country.”

The Give State governor added that the coming of Senator Emordi and other prominent politicians from the South East into the APC will promote national unity, adding, “The South East is a strong political block and very crucial to the unity of the country; this will no doubt add to national cohesion.”