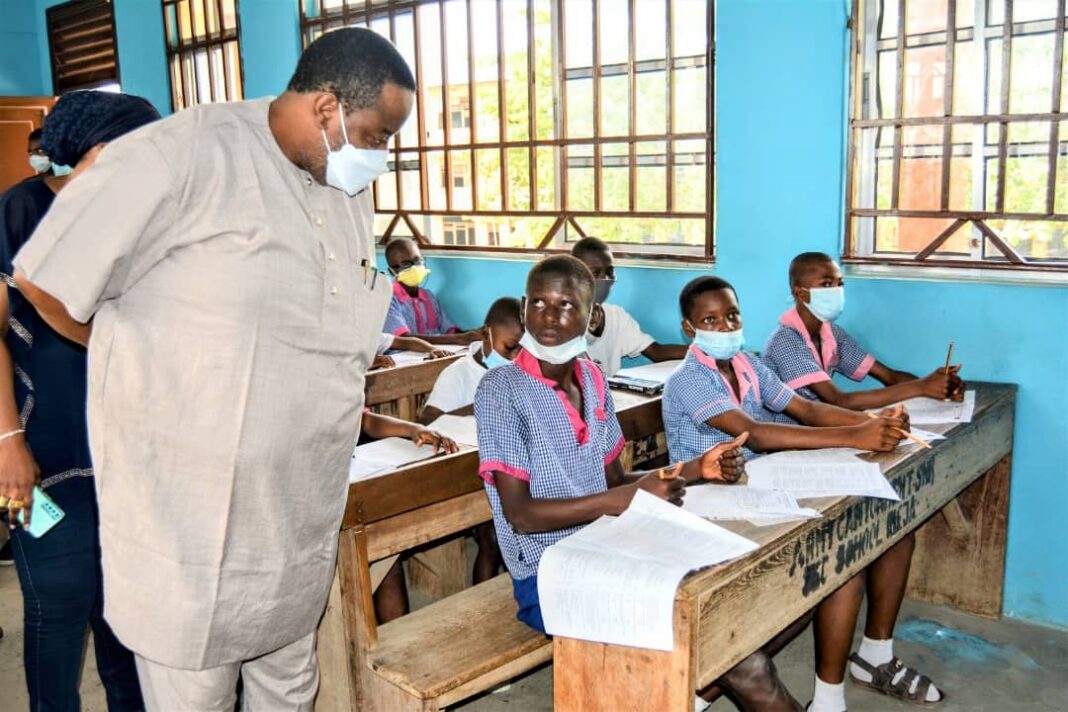 About 165,000 pupils from public and approved primary schools across Lagos State sat for placement examination for admission into Junior Secondary School, JSS, One, of the 365 government-owned secondary schools in the state last Saturday.

CompassNG reports that LASUBEB Executive Chairman, Hon. Wahab Alawiye-King, who revealed the figures of the pupils during the monitoring exercise he carried out in some centers in the state, said, “My observation is that, a lot of private school pupils sat for the test; which means that parents are beginning to realise that government schools are becoming better.

“With the number of private school pupils here today, we can say that our standard has improved than what it used to be in the past, and we will not relent in our efforts to ensure quality and quantitative education for all.” Responding to posers from journalists during the monitoring exercise, Alawiye-King said that the examination was competitive, stressing that it was important to preserve its integrity.

He noted that it was a transit examination from primary to junior secondary school, adding that the essence of the test is placement of pupils into appropriate classes in government public schools.

The LASUBEB boss added that the test is the first phase aptitude, that would paved the way for selecting the best pupilsfor Lagos public secondary schools.

He said, “We have 165,000 pupils across 385 centres taking this examination in Lagos today. Before this exam, we conducted the Student Performance Index, SPI, to determine the level of preparedness of the pupils. “This is a transit examination to move from one level to another. It is to enable us place them appropriately in classes.”

Expressing satisfaction with the conduct of the examination, Alawiye-King said that the board made adequate preparation to ensure a hitch-free exercise.