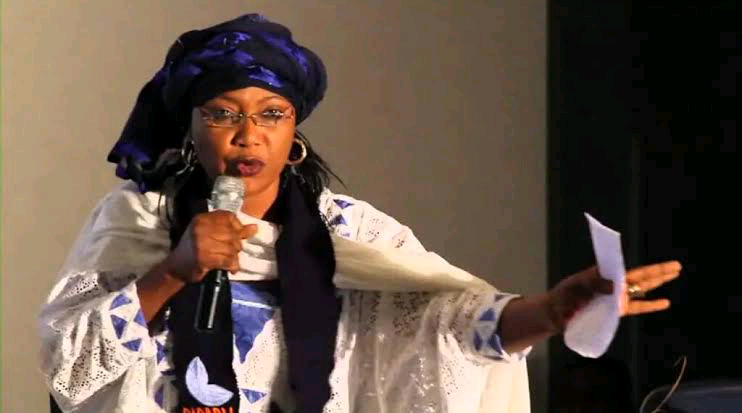 The former Director of Civil Society Organisations, CSO of The Asiwaju/Shettima Presidential Campaign Council, Hajiya Naja’atu Mohammed, was relieved if her appointment by the PCC, contrary to her claims of resignation, the PCC has clarified.

The clarification was contained in a press statement signed by the Special Adviser, Public Affairs of the Tinubu Media Offices, Mahmud Jega, and made available to newsmen.

The statement said that the All Progressives’ Congress, APC PCC “received with amusement the hasty ‘resignation’ of Hajiyan Mohammed from her position as Director of Civil Society Organisations, just before she was sacked for incompetence, quarrelsomeness and after being uncovered to be a mole planted in our winning campaign in order to leak sensitive information to our desperate opponents.”

Recall that Naja’atu had gone to town claiming that she resigned from the APC PCC voluntarily.

The statement further stated, “Although she deceived the gullible public by claiming that she resigned, her sack letter with ignominy from the campaign and the party had just arrived at her desk. Her desperate, fact-free, machination-filled and imaginary utterances since her sack from the campaign has proved beyond doubt that she was unfit to serve in the first place, until it was discovered that she was actually a mole.

“Not being a medical doctor, but whose profession in the last three decades was as a political jobber and expert name dropper, she nevertheless issued a pseudo-medical report on our presidential candidate, Asiwaju Bola Ahmed Tinubu, after a brief meeting in London.

“Even the association of native doctors would sack her for quackery and for reaching a medical conclusion without any test.”

Jega insisted that despite Tinubu’s position as the clear front runner in the 2023 presidential race, the candidate has been running the most punishing campaign schedule of any of the presidential candidates, adding that Tinubu had already visited many parts of the country with an almost non-stop schedule of rallies, town hall meetings and meetings with professionals, community, business and religious groups and associations.”

Recall that Naja’atu had claimed that when she asked Asiwaju what plans he had for the North, he answered that he had none, but the statement countered, “This is strange and questions the integrity of the woman and her story.”

It continued, “Asíwájú has unfolded an Action Plan for the whole country, in which problems bedeviling the North got very comprehensive attention. Asiwaju also attended the Arewa Summit last year, at which he unfolded and elaborated on these programs.

“As conclusive proof of her unstable and unreliable character, Naja’atu said in her pre-emptive ‘resignation letter’ that she was quitting party politics as the political parties have no ideological differences and her values and beliefs no longer align with party politics.

“Within a day, pictures surfaced in the media showing her meeting with the Peoples Democratic Party, PDP, presidential candidate and declaring her support for him.

“All Nigerians must be wondering what kind of ‘values and beliefs’ she has, apart from opportunism, selfishness and greed.

“We were least surprised about her dramatic exit, coming after she went on TV to disparage our party and President Muhammadu Buhari. Only a mole could behave in such a manner.”

Urging all APC and Tinubu supporters across tbe country to ignore the antics of this political soldier of fortune, the statement further enjoined them to concentrate on the job of delivering the Tinubu/Shettima ticket at the polls in barely a month from now.

Abiodun Charges Baales: Register With Us Or Be Declared Illegitimate