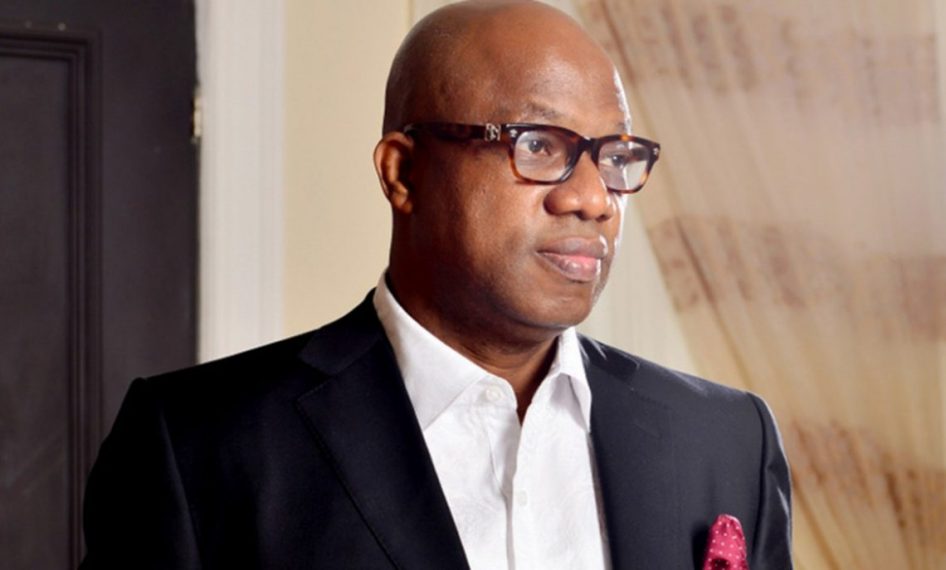 As the governor of Ogun State, Prince Dapo Abiodun, traverses the length and breadth of the state, campaigning for re-election, the gale of endorsements by stakeholders continues to confine any doubts about his prospects into sheer oblivion. For nearly four years, opposition elements, driven by desperation had sought to paint him and his government in negative light, using social media mobs, but the chickens have, as they say, now come home to roost. The enthusiastic embrace of the governor on the campaign trails leaves no questions about the people’s quest to hire him once again for the Oke Mosan top job.

Because his style of campaign has been built around stock taking, pitching the promises made in the past against the democratic deliverables that he has achieved, it has been impossible to impugn the integrity of his campaign.

Even outsiders can see the airport in Ilishan, the world class roads around the state, particularly the Sagamu-Abeokuta and Ijebu Ode-Epe roads; the phenomenally equipped housing estates made available to citizens at incredibly low cost, the reinvention of education with the state-of-the-art facilities for schools; teacher empowerment and abolition of education levies; not to talk of the resolution of crisis in higher education; the massive upgrade of state hospitals, the mobilization and employment of thousands of the state’s teeming youth through tech hubs, the revival of the local adire industry; the massive reinvention of the health sector through the upgrade of facilities and recruitment of quality professionals across the medicine and health spectrum, and so much more.

The Ogun electorate can neither forget the strides of their governor during the COVID-19 crisis, which caused President Muhammadu Buhari to select only Lagos and Ogun for federal funding support, nor can they fail to appreciate the Omoluabi qualities that he has displayed since his election. They live in the climate of calm that pervades the length and breadth of the Gateway State. In any case, anywhere Governor Abiodun has gone to campaign, he has inaugurated signature projects with a great potential to lift the people out of despondency into renewed hope and optimism for the future. The message, really, is that under Abiodun, Ogun people can look at the future with pride.

Indeed, what makes the Ogun All Progressives’ Congress, APC, campaign so unique and different is the fact that he is not just going to the electorate to seek re-election. In 2018, he promised roads and other infrastructure like electricity, etc, and now the people are using the promised infrastructure. Because he is not visiting various campaign points to make empty promises, his campaign has been laden with credibility, reliability and acceptability. Even though they may have had doubts in 2019, people now believe him when he talks: he is inaugurating projects that were dictated by them.

As a matter of fact, apart from Lagos, it is difficult to see any other state that can compete with his infrastructure drive. This has endeared him to the people. People can identify and point to his achievements.

As Governor Abiodun inaugurated the Itori Township Road and lock up shops in Ewekoro Local Government Area of the state this week, thousands of people echoed his declaration that the essence of government is to serve the people. The governor promised that work would soon commence on the construction of affordable houses in Itori, the headquarters of the local government, while agreement would soon be reached with the Federal Government on the Abeokuta-Ifo-Ota-Lagos road.

Addressing party faithful and people at the campaign rally in Papalanto, Abiodun, promised that the old Ilaro road in the town would soon be reconstructed, while the Papalanto High School would witness rehabilitation. The Olu of Itori, Oba Fatai Akamo, could not hide his appreciation of the governor.

There was also much excitement in the air as he inaugurated the Esure Road in Ijebu-Mushin, unfolding what he still had in store for the people: the light-up-the-rural-areas project, with electricity transformers and solar system to be distributed this week.

The inauguration of projects extended to the 18-kilometre Ala-Idowa-Ibefun road, described by the governor as “another milestone in the infrastructural development needed to further develop our state.”

He added, to the delight of the energetic crowds, “These are visible projects which are in line with our vision to create prosperity for our people. We did not promise to do all things, but we will do all those things that we promised. We will make an appreciable mark by leaving the state better than we met it. We will continue to construct roads, rehabilitate schools and make them more conducive for learning. The federal road that connected Lagos with Ogun, was constructed by the state government to ameliorate the hardship being encountered by the people who travel on the road on a daily basis.”

Speaking during a courtesy call on the Dagburewe of Idowa, Oba Yinusa Adekoya, in his palace, the governor directed the Commissioner for Works and Infrastructure, Ade Akinsanya, to move to the Imosan-Imodi road and commence its reconstruction, and the oba lauded his leadership style which he said had engendered development in all parts of the state.

Indeed, speaking on behalf of the traditional rulers in the local government area, the Obiri of Idobiri, Oba Adebisi Okunbanjo, said they were happy to identify with the Abiodun-led administration, calling for the construction of Ikenne-Ayepe and Okun Owa-Ijesha-Ijebu roads. This was just as former deputy governors in the state, including Senator Gbenga Kaka, Alhaja Salimot Badru and the two deputy governors who served with the immediate past governor, Senator Ibikunle Amosun, Segun Adesegun and Mrs.Yetunde Onanuga, declared their support at the APC campaign rally held at Odogbolu town.

As Governor Abiodun enthused, “This is the first time all living past deputy governors will be in the same political camp and party. As you will agree with me, this is great.”

In Odeda, Prince Abiodun inaugurated the 5.6-kilometre Somorin-Kemta road, saying that the huge infrastructure gap inherited by his administration informed the adoption of a strategic approach that would ensure that every part of the state benefits from one project or the other.

Kemta also hosts the first housing estate built by his administration in the axis, creating an upsurge in commercial activities. According to the Olu of Kemta, Oba Okikiola Tejuosho, more than 40 communities are benefiting from the road.

At Bode Olude, the governor announced that the Elega-Bode Olude road would be constructed within a week, while a transformer and borehole would also be constructed to provide potable water to the people of the area. Abiodun also inaugurated the 5.7 kilometre Oru-Awa-Ilaporu Road in Ijebu North Local Government Area. He said: “We were here to commission the Igan road in Ago-Iwoye. About five weeks ago, we were at Ijebu-Igbo to commission the Molusi College Road and today we are here to commission the Oru-Awa-Ilaporu road. This local government area is indeed lucky to have three projects in less than four years. You can recall that this local government did not benefit from any project from the past government, but now you have three.”

The Orimolusi of Ijebu-Igbo, Oba Lawrence Adebajo, can then be forgiven for calling on the people to support the governor’s second term bid. It is a season of life-changing projects in the Gateway State.

•Joseph contributes this piece through koredejoseph@aol.com