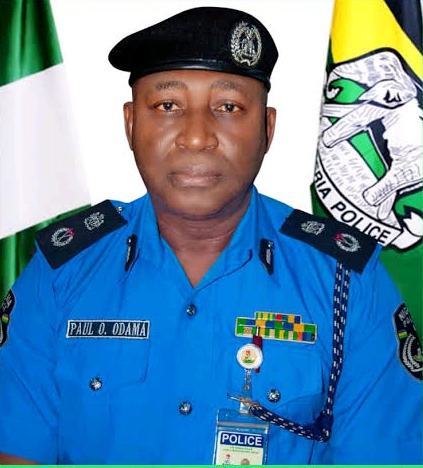 Nine Fulani men, who are in their early 20s, who confessed to the police that they are kidnappers and cattle rustlers have been arrested and paraded by the Kwara State Police Command.

Also paraded by the the Kwara State Commissioner of Police, Mr. Paul Odama, were two others, who are allegedly specialists in the theft of motor-cycle in Ilorin, the state capital.

Briefing newsmen at the Kwara State Police Headquarters, along Ahmadu Bello Way, GRA, Ilorin, CP Odama said a combined team of policemen, vigilante men and hunters, acting on an intelligence, stormed the bush along Balogun area of Bode Sadu in Moro Local Government Area of the state and pounced on a gang of kidnappers who were preparing to strike.

He disclossd that the armed kidnappers engaged the security men in a fierce gun duel, but that at the end, three of them were neutralized while two were arrested. Those arrested were: Lagi Bala and Iliasu Idris, with three locally made guns found on them.

The police boss informed that the arrested suspects confessed to be kidnappers and cattle rustlers. They also confessed to be responsible for the series of kidnapping cases in Malete and Shao area of Kwara State.

Odama gave the names of the members of the gang who were during exchange of gunfire with security men to include: Bala Idris, Hassan Idris and Baso Idris.

He added that investigations are still ongoing to arrest the remaining members of the kidnapping gang.

In a related development, Odama also informed newsmen that a team of police operatives, the vigilante men and the local hunters, led by the Eiyenkorin Divisional Police Officer, DPO, stormed a thick forest, said to be occuppied by kidnappers, who on sighting the security team opened fire on them.

He, however, added that the security team responded, leading to a fierce gun battle.

CP Odama informed that about two hours later, reports filtered in that a suspected Fulani man was sighted with bullet wounds in the bush He was later traced and arrested

The CP revealed that the arrested Fulani man confessed during interrogation that he was a member of a kidnapping syndicate, which specializes in kidnapping people around Eyenkorin/Oko-Olowo, and mentioned one Alhaji Anta, who is now at large, as the leader of the gang.

Also, in another operation, some suspected kidnappers, believed to be responsible for the series of kidnapping around the Eiyenkorin/Oko Olowo axis were sighted and arrested based on some intelligence, after the police quickly
mobilized vigilante and local hunters to comb the area.

The effort paid off when two of the kidnappers, namely: Yau Alhaji Auta and Idris Alhaji Auta were arrested. The two suspects, like others, also confessed to be responsible for the kidnap of two victims in Oluwalose community, Oko-Olowo. They are Alhaji Tunde Buhari and one Muhammed Mecho.

When these victims were brought together to see the arrested kidnappers, one of them; Alhaji Buhari identified one of the suspects as among those that abducted him.

The said motorcycle was tracked and traced to the suspect, who was in possession of the bike at Oke-Ose, Ilorin East Local Government Area by the policemen, where he has already dismantled the motor cycle, ready to be sold out in spare parts.

Odama said that all the suspects would be charged to court as soon investigations into their respective cases were concluded.