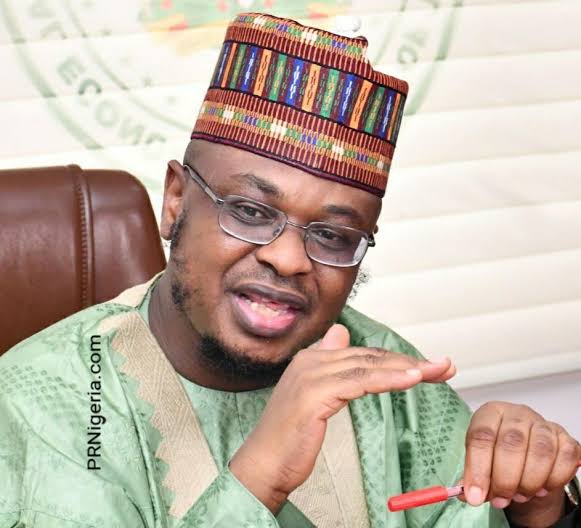 Like its ruthless boa cousin, the viper gives birth to its young ones live – no eggs, no hatching. But there’s no love lost between the viper and its brood.

Immediately after birth, each newborn killer-serpent slithers away into solitary brutality, bearing an ancestral DNA that comprises a forked tongue, pronged fangs and a gland of poison; no cares or caress of a lullabying mother. Ropy monsters unleashed.

Nigeria’s President, Major General Muhammadu Buhari (retd.), is a wonderful father with the milk of human kindness. Unlike the viper, Buhari takes extreme care of his children – biological, ethnical and political – and heeds the scriptures piously.

A cardinal belief of the sententious General Buhari, an untalkative herdsman, is contained in the scriptural admonition which says, “Which of you fathers, if your son asks for a fish, will give him a snake instead?”

So, when Yusuf, Buhari’s grand prix son, wished for assorted dangerously fast motorbikes as playthings, Buhari did not give him a snake instead. Yusuf got all the toys he wished for.

As a patriotic admirer of the President, I won’t diminish the worth of Yusuf and say that the costliest motorbike in the world, the Neiman Marcus Limited Edition Fighter, which goes for just $11 million, is too costly to be gotten by the begotten son.

That would be an insult to our Yusuf, who’s ingrained with plenty of home-taught manners, handed down by his incorruptible, stern and frugal father.
When his daughter, Hanan, asked for the presidential jet to ‘go take foto for Bauchi’, Buhari, again, heeded the scriptures, which enjoins parents not to give stone when their children ask for bread.

But the milk of human kindness froze in Buhari in 1984 when he flung the late Vice President, Dr Alex Ekwueme, into jail while the then President, Alhaji Shehu Shagari, a Fulani, was put under posh house arrest, after the Buhari junta criminally toppled a democratically elected government and dismantled the country’s democratic institutions.

President Buhari hates jagbajantis, when it’s not done by the members of his household, clan or puppets in his inner circle. A case in point of such jagbajantis is the public aiding and abetting of terrorism by the Minister of Communication and Digital Economy, Isa Pantami, a Fulani like Buhari.

Legally speaking, an aider and abettor is as criminally liable as the principal suspect(s).
In a 2015 interview, Buhari said that as military Head-of-State between 1983 and 1985, he took an active part in the promulgation of Decree 4, which invoked the death sentence against people found guilty of dealing in hard drugs.

Bartholomew Azubuike Owoh, a former employee of the Nigeria Airways; Lawal Akanni Ojuolape, a spare parts dealer; and Bernard Ogedengbe, a sailor, were found guilty of dealing in drugs, long before the promulgation of Decree 4.

However, the Buhari repressive regime backdated the infamous Decree 4 of 1985 to ensure that the three drug suspects were convicted and shot publicly in Kirikiri, Lagos. This was against a public outcry, which saw the death sentence as barbaric and called for long prison terms as deserving punishments for the greedy, criminal trio.

Explaining that he had no regret for the public execution, 30 years after, Buhari disagreed with the pleas for the convicts, and defended the action of his fascist regime in these words, “Pleas, pleas; those that they destroyed, did they listen to their pleas for them not to make hard drugs available to destroy their children and community?”

During their incarceration and trial, the three non-Fulani convicts begged for mercy and vowed that they had departed from their old ways, but the Buhari junta didn’t listen; disbelieving that the leopard would ever change its spots.

For throwing Ekwueme, an Igbo, into jail, and leaving Shagari, a Fulani, to enjoy life under house arrest, despite being charged with the same offences as Ekwueme, Buhari disdained the goose, the gander, the sauce and pushed justice under the bus.

If Buhari had any sense of justice, Pantami should have been sacked immediately the viral videos of his cold-blooded support for terrorism surfaced online, to erase the global ridicule which casts Nigeria as the country of the clown with a crown.

If Buhari could express no regret for killing the three drug peddlers, 30 years after, he shouldn’t have given a second thought to giving Pantami the heave-ho, and making him face prosecution for supporting terrorism. But Pantami is a Fulani.

For the avoidance of doubt, Pantami, who’s now 50, was older than Owoh (26), Ojuolape (30) and Ogedengbe (29), when he committed his crime against humanity 14 years ago, saying he feels happy whenever infidels are killed. Tearfully, he also said that Boko Haram members were Muslim brothers who shouldn’t be killed like infidels.

According to the BBC, Pantami, in various unrefuted viral videos, volunteered to lead a jihad to Shendam, Plateau State, “where there had been a deadly religious conflict, to fight in defence of the Muslims.”

The BBC added, “In a 2006 speech, Mr Pantami publicly offered his condolences after the death of al-Qaeda’s leader in Iraq, Abu Musab al-Zarqawi.

“More than 300 persons died while thousands were displaced in (the) religious violence that engulfed Jos, Plateau State, in 2009,” the BBC said.

But Buhari said Pantami had repented, after his words had incited and sent many to their early graves. And he didn’t accept the repentance of Owoh, Ojuolape and Ogedengbe. He also clamped Ekwueme into jail because he was Igbo and left Shagari out of jail because he was Fulani.
Someone who attended a secondary school and whose certificate is not missing should tell President Buhari the secondary school story of Saul who repented on the way to Damascus.

While Saul turned over a new leaf upon repentance, Pantami never repented until he was unmasked and forced to apologise in fear of a possible backlash from the US and other western powers.

Pantami’s apology wasn’t for his respect for Nigerians, because like his political godfather, Buhari, Pantami has no respect for the opinion of Nigerians. If he does, he should’ve tendered his resignation letter immediately his disgraceful acts surfaced online. His public apology was for fear of being put on the ‘No Fly’ list by the US, nothing more.

Let’s get this clear, incitement to kill is a criminal offence. The great teacher and human rights activist, Tai Solarin, was yanked from his Mayflower School, Ikenne, at night, and ridiculed before the whole world on TV for merely accusing the murderous regime of General Ibrahim Babangida of stashing public funds abroad. Oh, I forgot; Solarin wasn’t Fulani, Pantami is.

If fate didn’t expose the racy Yusuf in an expensive motorbike accident in December 2017, and the media didn’t expose the overindulged Hanan on a presidential jet photo-shoot, Nigerians wouldn’t know the hypocrisy called Buhari. Aso Rock’s media loudspeakers would’ve dismissed the stories of Yusuf and Hanan as seditious, subversive, mutinous and treasonable.

But the President’s media megaphones are shocked beyond silence, whenever the great Aisha blows the lid off the Pandora Box in Buhari’s Aso Rock, revealing the cat-and-dog cohabitation involving the members of the first family and their relatives, setting tongues wagging that a man who cannot control his family, can never control a county, let alone a country.

Worried by the growing desolation of the Oba Akran industrial hub in Ikeja, Lagos, a childhood friend of mine, who was passing through the area, called me last week and said, “Tunde, I’m passing through Oba Akran now, it’s a ghost of its old self. Most of the companies have packed up.”

Then, my mind went to Ghana and sadness overcame my heart. In the abundance of water, the fool is thirsty.

•Odesola, a journalist, writes from the United States of America; and can be reached via: Email: tundeodes2003@yahoo.com; Facebook: @tunde odesola; and  Twitter: @tunde_odesola