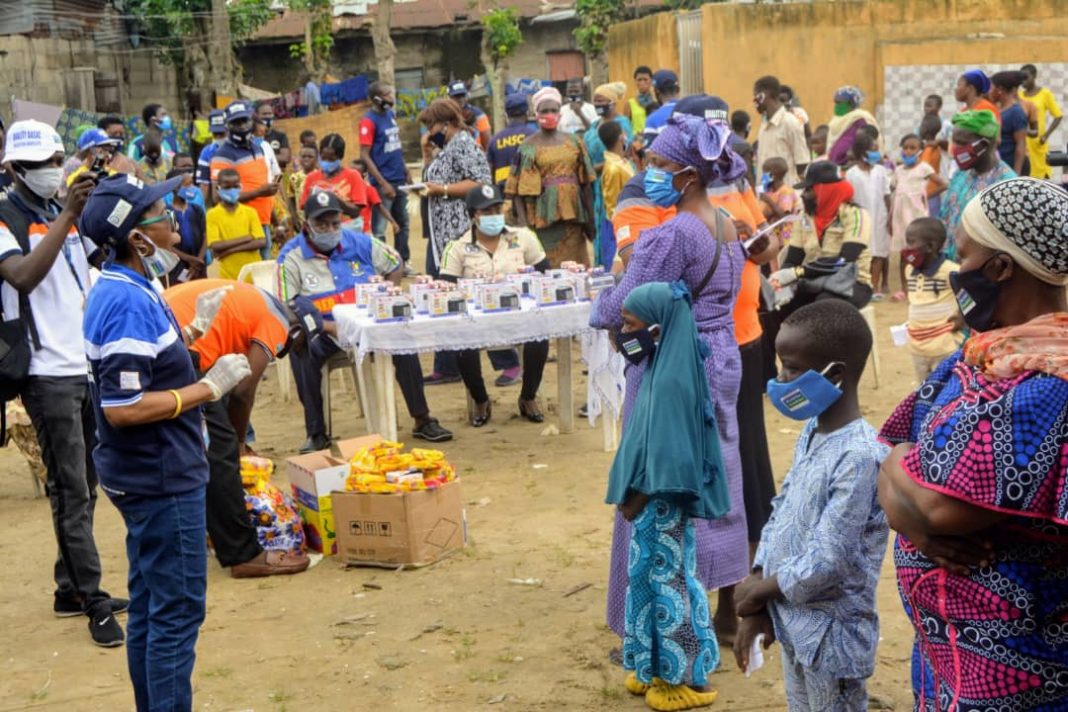 As part of efforts to ensure that no child is left behind in the access to quality basic education in Lagos State, the Lagos State Universal Basic Education Board, LASUBEB, and the Human Development Initiatives, HDI, on Wednesday distributed hand-held radios and face masks to some pupils and their parents in Agboyi-Ketu Local Council Development Area, LCDA.

Speaking at the exercise, LASUBEB Chairman, Hon. Wahab Alawiye-King, implored parents to ensure that their wards use the radio for its intended purpose of the board; saying that the radios should be used by the pupils to listen to Interactive Radio Instructions as designed by the state to ensure distance learning as schools remain closed due to the coronavirus pandemic.

Expressing confidence that with the distributed radio sets, many pupils, especially those in the hard-to-reach communities, who didn’t have access to the radio classes, would now be able to do so, ALawiye-King revealed that the closure of schools was due to ravaging health crisis, adding that but the government has come up with other platforms to ensure continued learning.

He added that recognising that some homes lack television and radio sets, the state government partnered with the Human Development Initiative, HDI, to provide learning supports.

Alawiye-King also distributed flyers containing the daily schedules of the state television and radio education programmes, while pleading with the parents to monitor their children and see that they use the aid as required.

Also speaking at the occasion, permanent board member of LASUBEB in charge of Social Mobilization, Hon. Sijuade  Idowu-Tiamiyu, said the exercise was in fulfillment of the administration’s commitment to ensure equitable access to quality basic education in Lagos State.

HDI Executive Director, Mrs. Funso Owasanoye, said that about 500 homes, in hard-to-reach communities and riverine areas, with at least a pupil, will get a hand-held, battery-powered radio; charging the parents not to deny the kids the use of the radio and to always assess their kids after every class.

Commending LASUBEB, HDI and the state government for considering his community for the outreach, the Baale of Agboyi, Chief Taiwo Lamina, promised that the children would use the equipment as they should.