The senator representing Taraba South senatorial district of Taraba State in the National Assembly, Senator Emmanuel Bwacha on Tuesday expressed grave concern over the planned borrowing of $29.6 billion by the Federal Government.
Bwacha, who is the Senate Deputy Minority Leader, who expressed this worry while interacting with journalists at his country-home in Mararaba, Donga Local Government Area of the state, said although, he was not against borrowing the money, however, advised President Muhammadu Buhari to ensure judiciously utilisation of the funds.
He said, “Yes, nations borrow to fund infrastructure, but in our case, where the fight against corruption has reach an embarrassing level, how sure are we that if we borrow the money, it will not end up in private pockets?
“My fear is how the money will be used when we get it eventually; because there is nothing as suicidal as when you borrow without clear cut repayment plan and effective utilisation.
“Our economy is sliding dangerously and borrowing without judicious use of the funds will end up mortgaging our future and this is a fact.”
Bwacha said that government needs to do more to convince the people that the fight against corruption is real and not selective; and that the funds about to be borrowed would be channeled properly to help revamp the economy.
While speaking on the state of insecurity in Taraba State, Bwacha commended the armed forces for decimating the killer herdsmen, but however expressed worry over the menace of kidnappings and banditry which he said needed to be tackled.
He urged the Nigerian Police to give more attention to community policing, adding that this would enhance security of local community, as criminals could easily be identify through community policing.
He also used the opportunity to assure his constituents that he would continue to stand by them and provide effective legislation that would touch their lives and Nigerians.
Bwacha, who initiated a scholarship scheme in 2003, announced that arrangements have been concluded to present scholarship awards to 268 students in his constituency for the 2020 academic session. 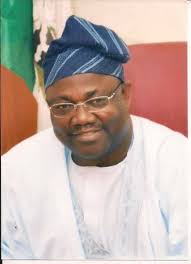