Former justice of the Supreme Court, Abubakar Bashir Wali, is dead.
Justice Wali died on Tuesday, January 21, afternoon at his Bompai, Kano residence after suffering from an undisclosed ailment.
Late Justice Wali played a huge role in the judicial reforms of Kano State, when he served as the chairman of the Kano State Law Reforms Commission.
He is expected to be buried later on Tuesday evening in accordance with Islamic injunctions and rites. 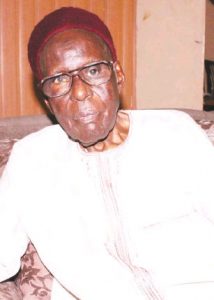