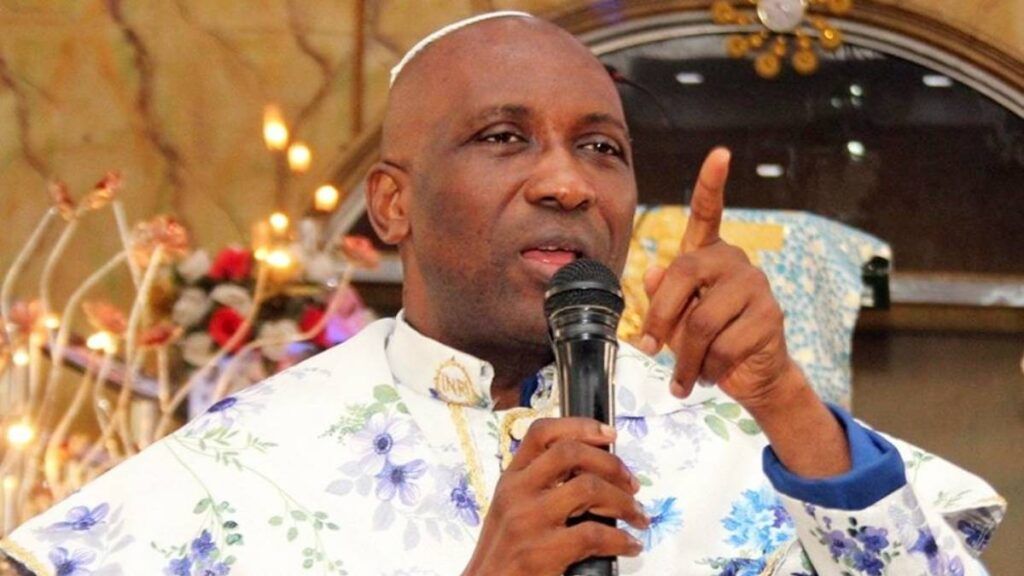 …Predicts Unpleasant Future For Nigeria, Unless…

The spiritual leader of the INRI Evangelical Church, Lagos, Primate Elijah Ayodele, has reacted to the abduction on Saturday of over 54 students of Kankara Girls Secondary School in Katsina State, and further warned President Muhammadu Buhari about what is in stock for his administration, unless he heeds God’s warnings.

Making his reaction known during a live service in his church in Lagos, the popular prophet noted that the only solution, which he has been clamouring for, is the sack of the Service Chiefs.

He consoled the parents of the abducted students and revealed that God told him that if President Buhari fails to sack his Service Chiefs by February 2021, there will be disorderliness and confusion in Nigeria.

He added that if care is not taken, Nigeria will experience an unforeseen anarchy and total disorderliness that might lead to another round of protest.

Ayodele said, “I’m praying to God to let the students who were kidnapped in Katsina today to be released as soon as possible.

“It’s a very sad event that should never have happened.

“Unfortunately, President Buhari is running the country like he has no direction.

“Look at how they kidnapped students in his hometown, yet he has refused to remove the Service Chiefs and replace them with people who can act.

“I want to say what the Lord said, I have said it before, if Buhari doesn’t change the Service Chiefs before February, there will be disorderliness and confusion in the country.

“Actually, there are lot of confusion in his government now and there are lot of internal trouble going on in both the All Progressives Congress, APC and the Peoples Democratic Party, PDP, which is leading the country to unforeseen anarchy and total disorderliness, because this insecurity will affect the rich and the poor.

“This might lead to another protest that will cause the country to shut down.”

Primate Ayodele urged President Muhammadu Buhari to pray for not only his health and life, but also the Presidential Villa against death.

He said: “Buhari needs prayer for his health and life.

“These are what the Lord has shown me.”

Primate Ayodele is well known for his prophecies and their accuracies.

He had given several warnings that have come to pass; among which are his warning against the death of former Ghanaian president, JJ Rawlings; the coming of COVID-19; death of prominent Nigerians; the sack of Adams Oshiomhole as APC chairman; the loss of Osagie Ize-Iyamu in the Edo State gubernatorial election and the defeat of Donald Trump, to mention a few.