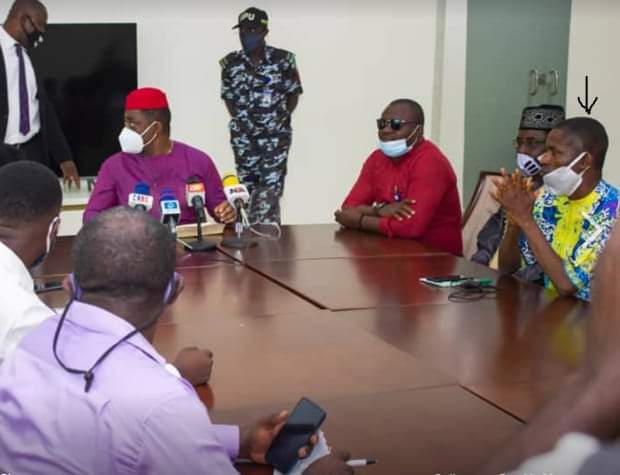 Truth is, politicians all over the world delight in intimidating journalists, just because they cannot stand their sight. This is not peculiar to Nigeria or Africa. We have seen many instances of Trump traveling this route.

But the confidence level of a journalist is the only tool he has to push back such unpleasant situations. Where a journalist is timid, he’ll always get that kind of treatment. Importantly, also, appearance commands respect. Many journalists appear in such condescending manner that naturally elicits disrespect.

Over four years ago, there was a terrorist attack in a neighbouring African country and our chairman asked me and two other colleagues to go and cover the developing story. On the day the president was to address the media, in company with a couple of other African presidents, who were on a solidarity visit, the floor was thrown open for a Q&A session and I realised no one wanted to ask questions.

Well, I raised my hands and everyone including the president and his guests looked in my direction as if it was a taboo to do so. He recognised me and I asked a very good question, after introducing myself. It was a three-in-one question and when he was going to answer, he did in French for about three minutes. When he was done, I told him I neither spoke nor understood French.

He said, well, it would be interpreted to me by his aides but would try to paraphrase it. He did in less than a minute. Trust me, my story still made the front page. News judgement isn’t a problem.

However, I later gathered that no journalist ordinarily dares what I did. That they feared the president so much that it is luxury to ask questions. Government controls information even though they practise democracy. Indeed! In fact, our contact in the country would later call my chairman to tell him “your boy is very bold”.

So, intimidating journalists comes natural for many politicians and some of them do it, sometimes inadvertently, because it is a habit. I had a similar brush with the current governor of Ondo State some years back, when he first came out to run against Mimiko.

He too did almost the same thing FFK did to Habib Aruna, a colleague for asking a question he didn’t like and I stood up to him immediately. Our other colleagues were emboldened by my take and followed up. It took Mr. Dele Alake and Mr. Segun Ayobolu to settle it. He apologised later.

But, this does not dismiss the fact that some of our colleagues sometimes ask embarrassing if not silly questions, which in some situations, could be totally off-putting and extraneous to the issue at hand.

I recall when Senator Bukola Saraki lost his father and wanted to address the media later at their Ikoyi House, one of our colleagues asked a grieving man a very embarrassing question about the cause of the father’s death. He just turned back and went inside. It was awful.

Give or take, FFK’s outburst was too harsh and condemnable, even though he might have been offended by the slant of the question. And if you read the reporter’s account dispassionately, you would pick biases from the first paragraph, which could corroborate FFK’s position that he was sent after him. That may not be true though.

Above all, media owners need to invest in their staff through trainings and retrainings, whilst journalists must equally imbibe the culture of self-development. Its important.