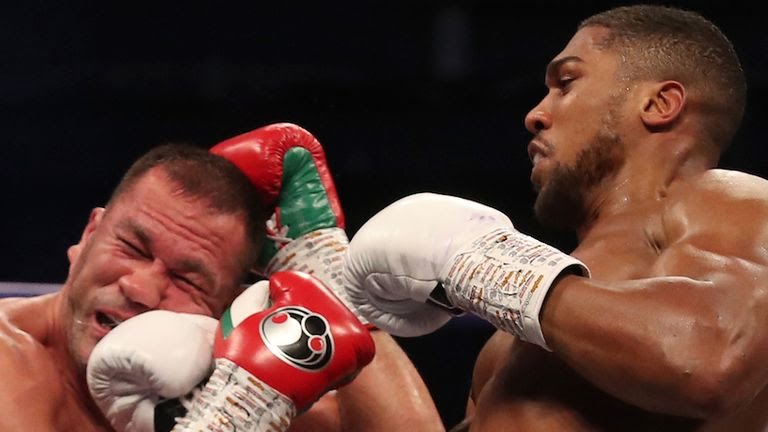 All it took for world boxing champion, Anthony Joshua, to retain his titles and knock out Kubrat Pulev in a match up in Wembley Arena on Saturday night, were just three punishing upper cuts and a seismic over hand right in the ninth round.

Pundits had predicted an early win for the British Nigerian, who rocked the Bulgarian fighter in round three forcing two mandatory counts, but Joshua appeared cautious and allowed Pulev back into the fight, though he was clearly ahead on points as he landed jabs and hooks that were largely unreplied.

Joshua exhibited style and confidence as he took control of the fight from the get go and it was a surprise that Pulev lasted that long despite the heavy shots he took from the champion.

The champion’s blistering attack in the ninth left Pulev laid out on the canvas as the referee counted him out.

Next on the bill for Joshua is a much anticipated showdown with Tyson Fury.