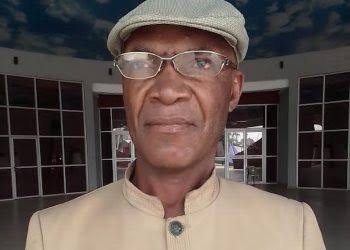 A pro-democracy group, Royal Peoples Platform, RPP, has commended the Lagos State governor, Mr. Babajide Olusola Sanwo-Olu, over his readiness to penalize violators of the COVID-19 preventive measures, no matter how highly placed in the society, describing the decision as courageous.

RPP Convener, Prince Dare Aladekoba, in a chat in Lagos on Friday, said his organization viewed the decision to punish recalcitrant members of the public who violate the preventive measures and instruction out in place by relevant authorities to prevent further spread of COVID-19, as a welcome idea and right step towards a successful battle against the dreaded killer, admitting that, “that is the only way to win the battle against the monster.”

He averred that disobedience to the simple preventive measures would amount to double jeopardy in the sense that lives would be endangered, just as the efforts of the authority towards the people’s wellbeing would also be in vain; reminding that precaution is better than cure.

Aladekoba said, “If everybody knows that the law is no respecter of anybody, irrespective of social status, political leaning, religious inclination and professional standing, people’s welfare would be guaranteed to a large extent.
“Compliance with the rules of social distancing, wearing of mask, washing of hands with sanitizers and keeping away from crowed places would a long way to limit the spreading capacity of the disease and thereby guarantee people’s safety.”

The youthful activist recalled that the governor has sadly noticed that there is an unfortunate public perception that the end of the pandemic has been seen and that the worst is over, describing the perception as absolutely wrong and dangerous.

He insisted that this perception must have led the people into losing their guards vis a vis the preventive steps, observing that “this overwhelming non-compliance with guidelines meant to keep us all safe is very disheartening, because of its adverse consequences on the safety of the populace.

Aladekoba therefore charged the people to support Governor Sanwo-Olu to see the total end of the pandemic, admonishing that the good intention of the governor to see a healthy citizenry should not be jeopardised for the benefit of all and sundry.

In conclusion, the group leader asserted that cooperating with the governor on the COVID-19 pandemic is for the benefit of the generality of the people, asserting that “penalty for violators should not be seen as punitive measures; but a step towards the welfare and healthy living of the populace.”