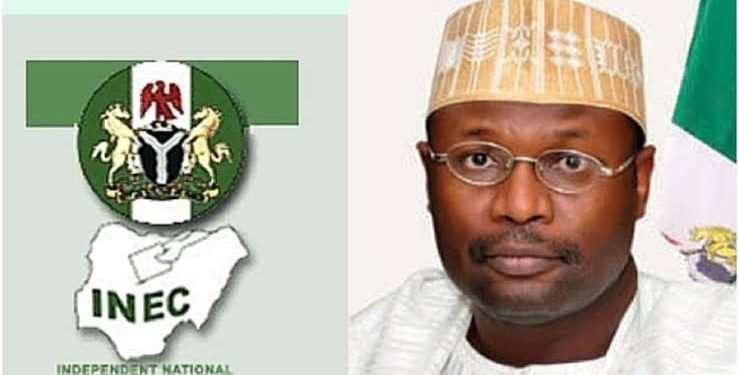 Nigeria’s electoral umpire, the Independent National Electoral Commission, INEC, is proposing 34 sundry amendments to the Electoral Act, it was revealed on Monday.

According to INEC’s Director of Legal Services, Oluwatoyin Babalola, there are some shortcomings in the electoral legal framework which required resolution through appropriate legislation.

This is just as the Lagos State Resident Electoral Commissioner, REC, Sam Olumekun, has advocated the delimitation of constituencies, which according to him, was long overdue, in accordance with the 1999 Constitution (as amended).

Olumekun said that the last constituency delimitation was done “more than a long time ago,” adding that the country’s population and registered voters have increased exponentially, thereby underscoring an urgent review for proportional and fair representation

On his part, the INEC Chairman, Prof. Mahmud Yakubu, said the electoral umpire is committed to the review of the Electoral Act to enhance better conduct of elections.

The electoral officers spoke in Lagos on Monday at the opening of a week-long retreat on the review of the electoral legal framework jointly organised by the commission, the European Centre for Electoral Support, ECES, and the International Foundation for Electoral Systems, IFES.

And following from this, members of the National Assembly Committees on INEC and Electoral Matters will join the retreat for what Yakubu described as an “in-depth review of their proposals and the commission’s input.”

Babalola said the lacuna in the provisions of the extant Electoral Act 2010 (as amended) have been identified and highlighted by INEC and stakeholders, adding that there have been calls in recent times for amendment to address the lacuna to foster better elections.

Recalling that while INEC’s proposals were accepted, the amended electoral act was not signed into law by the executive, she noted that the retreat was organised to allow the electoral officers to contribute ideas and harmonise the inputs, adding, “There are 34 proposed amendments elaborated in four columns.”

Olumekun emphasised the importance of special courts for electoral offences, adding that the special courts should have a defined time frame for prosecution and speedy administration of justice.

On electoral litigation, he said, “The commission should critically examine the issue of conflict of interests among our external solicitors that represent the petitioners in other matters.

“The commission should ensure that such solicitors do not represent any petitioner throughout the period of election petitions in the tribunals and courts of competent jurisdiction.

Reiterating that the review of the Electoral Act will increase citizens’ confidence, enhance the transparency and credibility of the electoral process; entrench internal democracy within political parties; reduce violence, expand the scope of participation for women, youths and people living disability; deepen the use of technology and foster independence of INEC, Yakubu added, “I am glad to know that members of the Senate Committee on INEC and House of Representatives Committee on Electoral Matters are joining us on Thursday and Friday for in-depth review of both their proposal and our input.

“This is the first time that the National Assembly and INEC are coming together on electoral reform. We look forward to this opportunity to serve Nigerians better.”