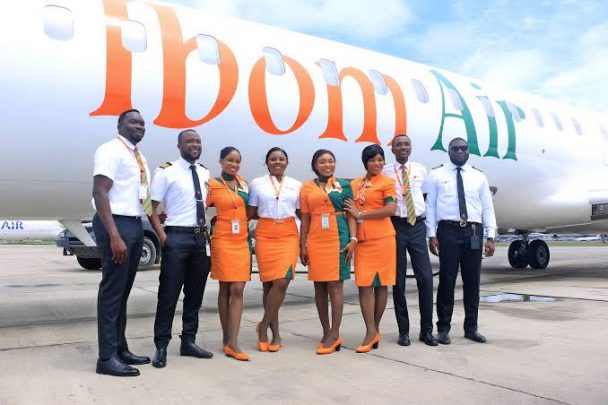 In everything one does, especially in business, timeliness is important and when one needs to arrive at his or her destination on time, especially by air, not every airline in Nigeria has the same pedigree.

One airline that has stood the test of time in timely arrival and on schedule is Ibom Air, which is said to have the highest on-time performance more than any Nigerian airline, according to passengers in the country and results of Air Travel Consumer Report. According to airport officials,Ibom Air had on-time arrivals of 87.5 per cent for all its flights.

The start-up carrier, which began operations in June 2019, with funding from the government of Akwa Ibom State.

Ibom Air, with full name of Ibom Airlines Limited, and callsign “IBOM” has five aircrafts in total, with an average age of 10.8 years.

1. Registration Number 5N-BWL Bombardier CRJ-900 is 13.2 years old. The leasing company is ‘hidden’ in available document. The aircraft was last used by Avmax Group in Canada.

3. Registration Number 5N-BWM Bombardier CRJ-900, leased in March, 2019 is 12.9 years old. The leased company for this aircraft was also hidden in multiple fleet report, it was gathered that Oya International Airlines in Libya was the last carrier to use it before it was leased to Ibom Air.

4. Registration Number 5N-BXO Bombardier CRJ-900, delivered in August, 2020, is 9 years old. The leasing company is also hidden, but what is known is that, it was stored at the Calgary International Airport, before it was leased to Ibom Airlines Limited.