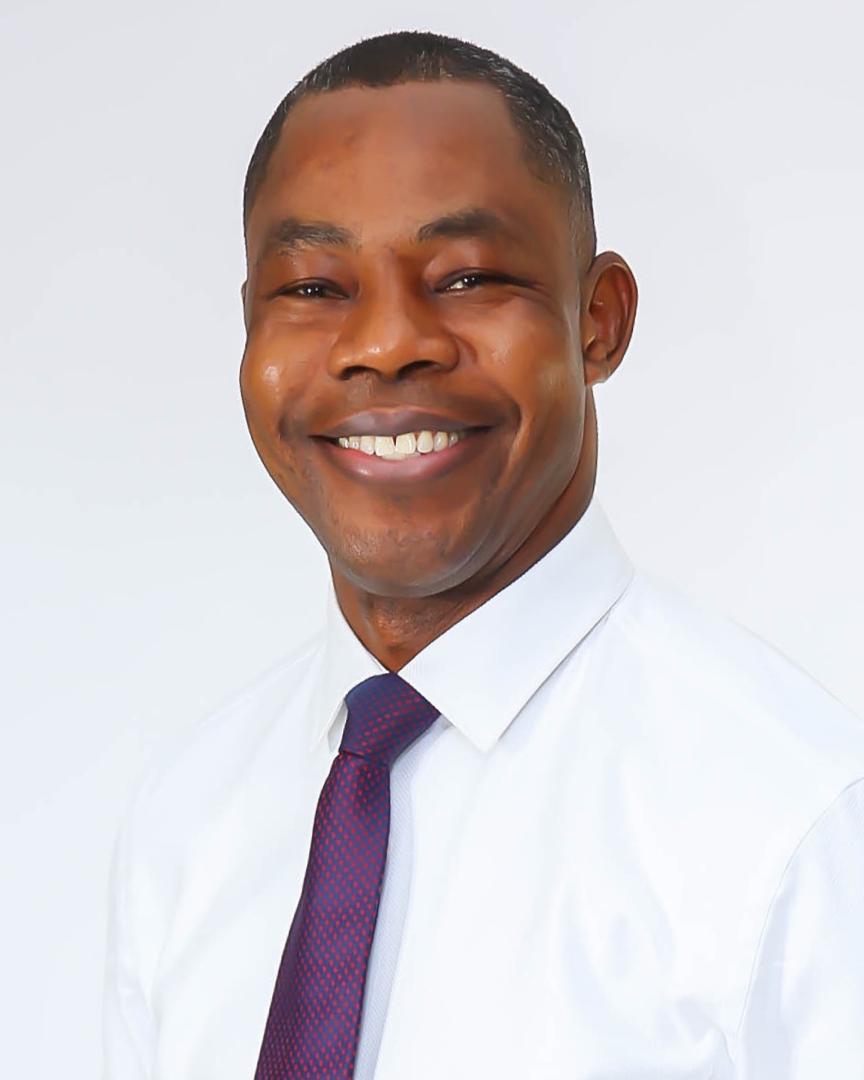 Hon Ade Adeogun is the member of the House of Representatives representing Akoko South East/West federal constituency on the platform of the All Progressives Congress, APC. The security expert is the Vice Chairman of the House Committee on National Security. Almost midway into his first term in the green chamber, he shared his scorecard and what has been pushing him to do even more than he promised his constituents, among other salient issues. Excerpts:

In the run up to the 2019 elections, you made some promises to your constituents. Almost two years of representation, how far have you gone in fulfilling those promises?
During my pre-election campaign, I crisscrossed communities in the constituency, interacted with the constituents and was able to identify the core challenges they face. From every analysis, we came to the conclusion that the core challenges bothered on unemployment, low human capacity development, non-existent micro economy and poor infrastructure. Consequently I assured them that if I was elected, I would give them a strong voice in Abuja and ensure that steps are taken to address the challenges that seems to impair the quality of life they live.
So far, we have attempted to address some of these issues. I started off by engaging 70 aides, who are paid from my emoluments. This is to serve as a direct economic stimulus for the local economy, so that funds obtained from Abuja can be recycled within the markets and shops in the constituency, each time these aides are paid and through other direct financial interventions. Secondly, I have been able to use my personal contacts to secure jobs for 33 constituents in the military, Police and paramilitary agencies, government parastatals and some Ondo State government institutions. I facilitated the grant of loans of between N100,000 and N2 million each to over 200 constituents to support small businesses and enhance entrepreneurship development. I provided self-funded business support grants of between N100,000 and N500,000 to over 50 constituents. I have facilitated skills training and equipment support for about 500 artisans, mostly tailors, barbers, hair dressers, photographers, musical artistes, shoe makers, sandcrete block makers, furniture makers and other skilled areas, with a view to turning our communities to job creating centers. We provided agrochemicals and farming tools to 1,000 farmers in the constituency to boost farming and crop production and supported them with trainings in contemporary farming techniques.
In the area of education, I provided school furniture for 600 students, and 50 teachers, I granted three-year scholarship for 300 students of a private tertiary institution, located within the constituency to provide avenue for educationally disadvantaged teenage mothers, indigent education seeking youths and others. This intervention, in particular, was aimed at stimulating economic activities in a section of the constituency that has been overlooked by government due to location disadvantage. With increased students population, we have roused sleeping communities in the area and provided catalyst for building of new houses and stalls, investment in transportation and turned this area into a new social hub. Due to the success of the first phase of the scholarship scheme, we have, due to huge demands, approved another three years scholarship for 200 students who would be admitted into the school in the 2020/2021 session.
In furtherance of our support for education, we have also recently introduced a university scholarship scheme that would be granted to 100 constituents. To ensure that this scheme is completely merit based, a five-man committee of eminent persons from the constituency has been constituted to conduct the nomination process.
In the area of infrastructure, we are presently constructing a bridge, erosion control line drains and retaining walls at Agba, in Oka Akoko. I was told that this bridge is the longest bridge in the prominent community. We are also constructing line drain, erosion control and township road at Oba Akoko. We have provided solar powered borehole with 12,000-liter storage capacity in seven communities. We facilitated and paid the counterpart funding for construction of a community hall at Oka Odo, supported the rehabilitation of public power supply at Owalushin and initiated the provision of relief materials to 1,000 constituents by the National Emergency Management Agency, NEMA.
As a legislator, I have given the constituency a voice at the national scene, unlike in the past, when their representatives were back benchers. As we speak, I have four bills that have gone though the early stages of passage, to address issues such as business skills and incubation centers, firearms reforms, fire service reforms and other areas capable of creating new jobs, whilst strengthening the capacity of law enforcement agencies to provide security for the citizens.

As a security expert-turned politician and Vice Chairman of the House of Representatives’ Committee on National Security, what do you think is responsible for the spate of insecurity that pervades the nation?
I will attribute the immediate cause of worrying insecurity in our country to economic deprivation and poverty. A lot of our citizens are jobless, hungry and angry, hence they have resorted to crime as a means of economic sustenance. Added to that is the poor capacity of the law enforcement agencies to protect the citizens and forestall crime. It is a fact that when people find it easy to commit crime without repercussions, the tendency is for others to see crime as a viable option. Lastly, as a nation, our leaders have not been acting or speaking in ways that discourage criminal tendencies. So where wealth is celebrated without questioning its source; and where leaders flaunt ill-gotten wealth, citizens are bound to adopt a get rich quick mentality.

What do you think are the probable panacea to these security challenges?
We must address the issue of good governance. Poor governance is the foundation of our situation; and we need to reverse the trend, such that government is able to provide for the welfare and security of the citizens. We also need to build the capacity of the law enforcement agencies to maintain law and order. Crime will reduce once the law enforcement agencies show capacity to ensure that no crime goes unpunished and are able to safeguard lives and properties of even the lowliest among us.

Are you not disturbed about recent events in Imo State? What in your view is happening with the attacks on the Police and Correctional Center Imo State?  The situation in Imo State is the most challenging national security threat being faced by the nation as at today. Unlike the situation in the North West, which is basically criminal activities by fragmented groups of bandits and the North East, where the military is combatting the remnants of Boko Haram, what is brewing in Imo State, and by extension the South East, is the manifestation of the earliest stage of insurgency. The goal of this group is to take control of a section of the entity called Nigeria, either as part of separatist agitations, or to force a regime change. The underlying factor is that some agitators are capitalizing on pre-existing grievances against the government to plan an insurgency. So we must all be disturbed by recent events in Imo State, which I see as part of efforts to obtain weapons in pursuit of a nascent insurgency and to portray the government of Nigeria as incapable of securing the people of the region. I just hope that those saddled with the responsibility of securing this nation see what is happening within the proper context and not treat it with kid’s gloves

Nigerians seem to rate the incumbent All Progressives Congress, APC, administration at the centre a failure, as it has failed to deliver on its Three Point Agenda of Security, Anti-Corruption and the Economy. How would you rate the incumbent administration based in these tripods?
I think your question is generic. I am a Nigerian and like majority of Nigerians, I have not rated the APC government as you described.

The President is alleged to have travelled for medical tourism without transmitting power to the Vice President. What do you think are the implications of this lapse?
What is the constitutional provision for presidential travels? Is he able to perform his presidential duties during the period of travel? Section 145 of the 1999 constitution (as amended) addressed such situation, hence there ought to be no room for worry, if Nigerians understand the constitutional provision. If for any reason power is not properly transmitted within 21 days by a President or Governor, who is unable to perform his duties the constitution provides for a peaceful transfer of power through a simple resolution of the National Assembly. The key provisions are ‘inability to perform’ and ‘within 21 days’. The President only made a foreign trip. To the best of my knowledge, he is still able to perform his functions. So why the needless anxiety?

How will you rate the 9th National Assembly, against the backdrop that most critics described it as rubber stamp Assembly?
The 9th Assembly has been superb in terms of rising up to the circumstances of its era. Coming after the chaos of the 8th Assembly, the 9th Assembly has restored order to governance. Unlike in some of the past Assemblies, where interactions between the different arms of government was belligerent, the 9th Assembly has brought in some measure of maturity to place the interest of Nigeria above the egos of the players in the executive and legislative arms of government. The few who describe the 9th Assembly as rubber stamp are those who do not understand how the legislature functions. Perhaps, they are still fixated with the endless conflicts that were the hallmark of the 8th Assembly. Nigerians must understand that the legislature is not an alternative government or an opposition to the executive, but an institution saddled with the responsibility of looking over the shoulders of the executive to ensure that government functions in accordance to democratic norms. The responsibility of the legislature cannot be achieved in a belligerent manner, but through checks and balances.

Do you believe in the policy of zoning. If yes, where do you think the position of president should be zoned to in 2023?
Zoning was an unwritten agreement between members of the political class to ensure political stability. I think it was introduced to protect the minority groups and give all sections of the country a sense of equity. I think it is a necessity, given how fragmented our nation is. It is a way of addressing fears of domination by some groups and giving all component parts assurances that they will have a chance at the saddle. Zoning in 2023 will depend on the internal arrangement of the respective political parties. In APC, the arrangement is a North/South exchange and I hope that arrangement is respected.

There has been renewed call for creation of state police, what is your take on this?
It’s difficult to have state police in the absence of a well defined federalism. It would take tremendous national consensus to amend the 1999 constitution, to provide for state police. I doubt if we are any close to such consensus. First things first!! If we adopt federalism with all its appurtenances, then state police will be a given. For now, it is far fetched.