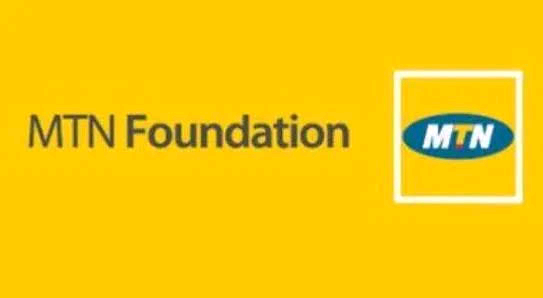 The Kwara State government has gone into pattnership with the MTN Foundation to establish mobile clinics in the state and this will run for one year.

AbdulRazaq said, “As a government, our pledge is to provide good governance that ensures that the dividends of democracy reach every Kwaran within Kwara State.”

Insisting that the provision of health care services was a key part of the basic needs of communities, the Kwara helmsman pointed out that his government is focused on making use of resources and sustainable partnership, “such as this, in achieving goal-17 of the United Nation’s Sustainable Development Goals, SDGs.”

AbdulRazaq added added that “the operation of the Federal Government driven Basic Health Care Provision Funds in the state ensures that at least one primary health care centre in each ward is structured to provide basic health care services to the people.

This, he said, “is in addition to the state’s health insurance ‘Kwara care,’ the ‘Malaria Free Kwara’ initiative, the free distribution of anti-malaria chemo-prevention drugs, insecticide treated nets, nutritional supplements and the monthly medical, surgical and eye care, are all products of dedicated and strategic investments on the health of Kwarans.”

The governor noted that the collaboration between Kwara State and the MTN Foundation would further strengthen these multifaceted approaches his administration is undertaking to meet the health needs of the over 3.6 million citizens under his watch.

Commending the MTN Foundation for partnering with Nigerian states, including Kwara, in ensuring that citizens are healthy,Governor AbdulRazaq added that the task of “providing effective medical coverage to various communities is a mutual one.”

He welcomed the MTN team of experts in primary health care specifically recruited for the exercise, and said that he gladly received the highly coveted singular, but all-encompassing specially built health care service delivery trucks brought by the Foundation.

Earlier, the Executive Secretary of the MTN Foundation, Mrs. Odunayo Sanya, said that the Foundation was established 15 years ago to respond to the health needs of Nigerians, who, she said gave the firm the social license to operate in the country.

She disclosed that the Foundation earmarked at least 1 percent of its yearly profits to help empower youth and seek to improve public health, saying that good healthcare service for the citizens is one of the organisation’s priorities.

She said, “The MTN foundation was set up in 2006. And what we do is that MTN set aside up to one per cent of its profit after-tax every year to intervene in areas of youth development and national priorities that comprise health, economic empowerment and community development portfolios.

“Here today, we have six of the trucks, this is the phase three; for us at MTN, we believe it is important to ensure every Nigerian has access to healthcare services.

“We recognize again that healthcare service is not just about health. It is also an economic issue. So, we invested in these trucks to go into the underserved areas in Kwara and five other states of Anambra, Gombe, Kano, Rivers and Lagos, to enable people enjoy the benefit of modern life by elevating their health standard.”

Mrs. Sanya said that among the services they would render to people were medical consultation, vital checks, rapid diagnostic tests, dispensation of medications, counseling and referral services.

Government, he said, had in recent past renovated not less than 40 healthcare centres, recruited more than 600 medical personnel and paid all counterpart funds that enabled the state key into all the Federal Government projects of different kinds.

He commended MTN for complementing the government’s efforts on health services and for choosing Kwara as one of the six states to benefit from the intervention, urging all and sundry to make themselves available for the medical outreach.

He added, “What we are witnessing today is the social responsibility component of MTN Nigeria to give back to the society, by intervening in health sector of the state. This is to complement the efforts of Kwara State government. Kwarans are happy with this and with the government, especially on the healthcare delivery system.”