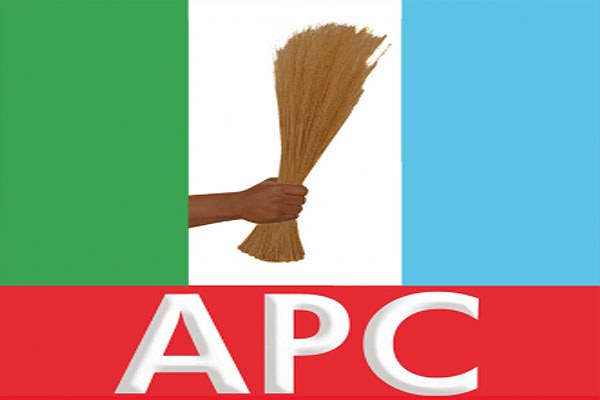 June is a significant month in Nigeria’s recent political history. The famous significance, for which we mark ‘Democracy Day’ today, thanks to President Muhammadu Buhari’s altruistic sense of history, was the landmark national consensus of June 12, 1993.  On that day, Nigerians trooped out to pass a vote of confidence on our unity and coexistence as a people, through the ballot box. It was an affirmation and a seal on the country’s existential question.

Since the return to democracy in 1999, June has also been the month the legislative arm of government gets inaugurated, every four years. It is a time we come to know those who will pilot the all-important law-making body, at different levels.

More recently, June entered history as the birth month of our party, the ruling All Progressives Congress, APC. Like the June 12 election over 20 years earlier, the formation of the APC in 2013 and its eventual landmark electoral victory two years later, was a unifying moment in the history of Nigeria.

Around this time seven years ago, our leaders from what came to be dubbed as the legacy parties, namely; the defunct Action Congress of Nigeria, ACN; the Congress for Progressive Change, CPC; and the  All Nigeria Peoples Party, ANPP, were inking the historic merger deal, giving up their respective platforms, which were fiercely national, but limited in geographical reach, for a broader national project. The APC project was one founded by a common goal to provide a purposeful anchor for the faltering ship that was Nigeria at the time.

The APC movement came like a powerful tornado, thanks to the yearning across the country. It was immediately identified as the proverbial Noah’s Ark for a safer sail to a saner, safer and more prosperous destination.

A chunk of prominent members of the Peoples Democratic Party, PDP; and the All Progressive Grand Alliance, APGA, quickly bought into the vision and the promise represented by the APC. The iconoclastic exodus from the PDP cemented the nascent party into the first formidable opposition party in Nigeria to unseat a ruling party at the centre.

As a party, the APC came out well as a truly national party with spread stretching from the groves of the delta in the extreme South to the sand dunes of the far North. There was, and still is, fair distribution of offices and responsibilities for party men and women, making members so comfortable as to forget which of the components of the party they actually came from. The diversity within the party is so well managed that today, nobody remembers that Dr Ahmad Lawan, our Senate President, came from the ANPP bloc, or that Rt. Hon. Rotimi Ameachi, who led us twice into successful presidential campaign, is originally from the PDP. Not so many people envisaged such a well-blended party when the merger was being perfected seven years ago.

But this unity and mutual respect is attained because the leaders, ab initio, had no pretensions about the mission at hand. It was therefore not so difficult jettisoning the old cloaks and embracing the APC project whole-heartedly. In spite of the occasional inevitable hiccups, there is a salient lesson here for the rest of the country that we can harmoniously coexist irrespective of our backgrounds. The history of rise and fall of nations is replete with lessons of success or failure with harmonious management of diversity of peoples and interest in any given nation.

Now, it is entirely different ball game from forming a formidable opposition party, and to successfully transit into a governing one, like the APC. With its historic trumping of the then ruling PDP in the 2015 elections, APC government at the centre, and majority of the states, took over the saddles at a very difficult time. The country was fractious, economy was being battered by a recession, while an insurgency had rendered over 1.5 million homeless and almost crippled a portion of the country completely.

The party’s broad manifesto is reducible to the three-thronged mantra of the campaign. In response to the yearnings of the citizens, the APC pledged to make the country more secure, security being the sine quo non for any meaningful development. Next is the promise to shift attention of the country away from the hitherto oil-dependent mono-economy, by activating non-oil sources of revenue.  Lastly, we also campaigned on the promise to do something about the cancer of corruption which, as of that time, had become endemic in our body polity.

Our governments set out to work under the prevailing circumstances, with an entrenched culture of entitlement of the elite class, low oil prices, and extremely high expectations of the millions of Nigerians who desired an instant change. There is great difficulty easing off the grip powerful interests have held over the years on key sectors that are essential to attaining the dreamed lofty heights.

Yet, with all the encumbrances, our government at the centre has done so well fulfilling its campaign pledges, and changing the way it met things, for the better. This is done in ways more significant than countable projects or actions. It has changed things in ways more ideological and permanent that will help our country solve its key democratic, developmental and economic challenges.

Consolidating on the way it came to power, the government and the party, under the leadership of President Muhammadu Buhari, have perpetrated transfer of electoral might and decisions to the people. The resolve to self-help or recourse to godfathers in political contests is fast giving way for free and fair process in which only the people at the grassroots have the power to decide. There is no greater consolidation of democracy.

The government has moved on to expurgate the drainpipes used for years to drain the public purse through wasteful spending or outright theft. The administrative processes and complete automation of the financial management of government, introduced since 2015, have instilled fiscal discipline and probity in government business, thereby helping the government to divert huge sums into more meaningful use. In the same vein, the ferocity with which the fight against corruption is pursued has taught many a public officeholder that one needs not to be begged to be cautious. The lesson is also driven in citizens that a life of criminality and dishonesty could be glittering and flamboyant, but only for a moment as the day of reckoning can crash castles built in the air.

We have signed unto the Open Government Partnership, OGP, and introduced the highly acclaimed Economic Recovery and Growth Plan, ERPG, leading to successful pulling out of the economy from recession and stabilizing the economy generally. Furthermore, in our government’s effort to stabilize the economy of states, the administration spent over N7 trillion in infrastructure and interventions to ensure that workers’ rights are guaranteed.

More importantly our commitment to deepening transparency and accountability across the country has made us push for financial autonomy of local governments, state legislatures and judiciaries.

Neither the APC nor its governments at all levels is run by super humans. Disposition of affairs and plans are divine’s, humans only plan. When we look in the mirror, we acknowledge the little dark spots in our faces that still remain, no matter how we try to look good. They are not ugly spots, they are a reminder that we are humans and that as humans, we cannot do it alone.

The challenges notwithstanding, we are happy with our modest attainments, looking at the picture, especially with the recent 2019 elections. We not only stuck, struggled and strived together, but won the support of Nigerians to emerge with 20 governors in all the six zones, majorities in both chambers of the National Assembly and a Presidency with biggest voter spread in 34 states, a truly humbling national mandate.

Attainments in life, more so those that border on nation building and administering a huge country like Nigeria, require serious consensus-building bringing in every thought and effort to the table. This is where I see some considerable energy of our party going as we move on. As the governing party, we have the frontline responsibility to lead in that direction. Being a party with such extensive and all-encompassing national spread, the APC is in a vantage position to deepen conversations on issues that will foster our political and economic stability as a people. It is the most formidable platform for any national conversation and aspirations.

In the coming months under my watch, we intend to open up the doors of all organs of the party to more robust engagement with Nigerians. In a short while, I envision us taking further inclusive steps that will transform the party from what other parties are – mere electioneering vehicles, into a robust platform for all shades of the progressive segments of our society.

Flaws and all, the APC as a party and government has impacted positively in the lives of Nigeria and Nigerians in the last five years we have been in the helms. The life of the party, from its birth seven years ago, to date, has a number of teachable lessons that we as individuals and collectively as a country can learn from. The APC experiment has exemplified some of the great values known in the quintessential Nigerian blood; determination, resilience and patriotism. We intend to deepen this, going forward.

*Arc Bulama is the acting National Secretary of the APC.