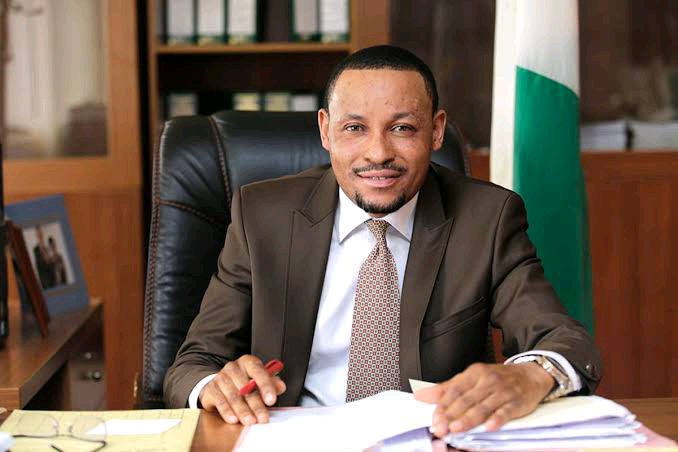 Spokesman if the Code of Conduct Tribunal, CCT, Ibraheem Al-Hassan, has said that he was “under intense pressure” when he wrote the statement defending Danladi Umar, his boss, over the assault case against him.

Al-Hasan, in an interview with ICIR, siad that it was Umar, the chairman of the CCT, who asked him to use “Biafran boys” in the statement.

The CCT boss was caught on camera, beating a security man when he visited a popular plaza in Abuja.

But the guard was not the only victim in the development; the English language was also murdered in the statement, which Al-Hassan issued in defence of the CCT chairman.

The ICIR, quoted Al-Hassan as saying that the CCT was considering disowning the statement, because of the controversy it has generated.

The ICIR said, “He revealed that his boss instructed him to use ‘Biafran boys’ in the statement…the PRO said he later realised his mistake.”

It further quoted the CCT spokesman to have said, “There’s a problem with that statement. In fact, we are about disowning it. We want to retract the content, because it was written under intense pressure. I must confess to you, that is why there are many structural imbalances, language structure not being perfect and, again, some of the expressions used. I acted on instruction.

“Now as I am speaking with you, I’m in my ministry. My ministry has summoned me for that statement. My minister, so to say, through my director. So, I should be given some time to get this problem solved.
“All the grammatical errors and what have you were not noted. I did not proofread it, I was in the car when I composed it with my android (phone).”