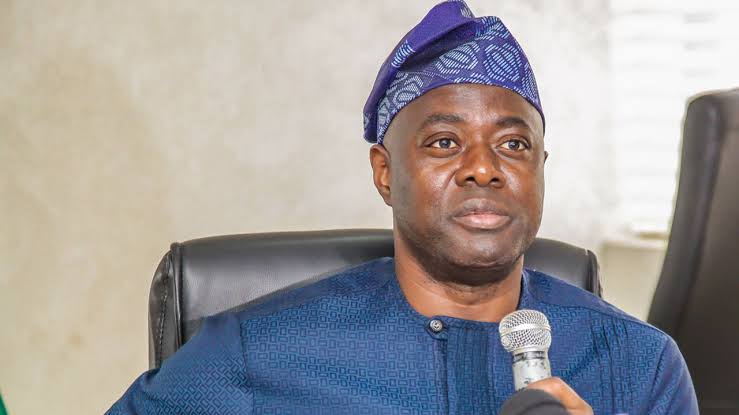 I have just read the text of a speech delivered by the Executive Governor of Oyo State, Mr. Seyi Makinde, threatening the Yorùbá sons and daughters in Ibarapa area of the Pacesetter State, who are trying to protect their families from the murdering Fulani herdsmen. He is asking the Ibarapa sons and daughters, in the mode of that sentry of misery, Femi Adesina, that they give up their freedom and liberty, their lives and land.

The speech which with enthusiasm, excoriated the Yorùbá victims of Fulani murders, kidnappings, raping and arson, smacks of rant of a favoured slave. For Makinde to come out with this kind of threat against his own people, shows that he is a collaborator with the enemies of the Yorùbá Nation. He is an enabler of the Fulani aggressors on Yorùbá land. Makinde, with that speech, shows that he is happy with the murdering of innocent Yorùbá sons and daughters. He is ready to fight on the side of Fulani herdsmen against the Yorùbá people who voted for him to protect them.

Makinde, savouring the comfort of the Agodí Government House that Obafemi Awolowo built, for the glory of Elédùmarè and the edification of the Yorùbá race, is actively conniving to destroy the Yorùbá nation and foster the killings, kidnappins and raping of Yorùbá sons and daughters. He is using the comfort of Agodí Government House to empower the slave masters and sell out the Yorùbá children who might survive the current killings and kidnappings. He is collaborating with the Fulani to subjugate Ibarapa land and by extension, the Pacesetter State, and by implication, the entire Yorùbá nation.

Governor Makinde said the following:” I had cause to call out members of the press who were allowing themselves to be used to stoke ethnic tensions among the good people of Oyo State. There have been stories in the press targeted at exaggerating the security situation in the state.”

This is very irresponsible of Governor Makinde. He is elected to protect the lives of the people of Oyo State and he is found wanting. He has not been able to give just one example of false report made by the press of a murder or kidnap by the Fulani. Makinde is not able to show that any of the persons reported killed is still alive to substantiate his false allegations of “exaggeration.”

He has not been able to falsify any report of kidnap in Ibarapa and elsewhere in Oyo State and yet he is making irresponsible and treacherous statements.

In an obvious contradiction of himself. In the very next paragraph, he said, “… we cannot overlook the fact that there have indeed been instances that cause concern.”

He then followed up with this blatant falsehood, “The fragile peace between the herdsmen and farmers in Oke Ogun is being threatened.”

Which peace is Makinde talking about in Òkè-Ògùn? Is this the same Òkè-Ògùn that farms have been continuously destroyed by the Fulani and their cows? Is it the same Òkè-Ògùn where people have been repeatedly murdered and kidnapped? Does Makinde think that because he is a governor, then he has the right to tell stinking lies? Must he sacrifice the lives of people of Ibarapa because of his ambition? Does he think his falsehood about non-existent peace would be bought hook, line and sinker, because he is a governor?

Makinde, in a characteristic trait of a betrayal surmised as follows, “Individuals who are not authorised are going around chasing people from their homes and causing mayhem. This assault on residents of Oyo State is not the way to further the Yoruba cause.”

Could anyone imagine this kind of warped thinking? So, Makinde thinks he needed to authorize self defence for our citizens? Having failed as governor of the state to protect the citizens who voted for him, he expects them to take permission from his directionless and treacherous government, before they take care of their own safety and the protection of their lands? What kind of malodorous arrogance is this?

Then, he threatened, “Let me state that we shall not sit back and watch anyone make any law-abiding resident of Oyo State feel unsafe in their homes, farms, or business places. We are aware of some people circulating flyers and giving people ultimatums to leave their land. This is totally unacceptable and will not be condoned.”

People who preside over the affairs of others are not expected to exude this level of idiocy, that Makinde showcased in the above statement. Where has he been all these days, weeks and months that law-abiding Yorùbá sons and daughters have been subjected to killing, raping, maiming and kidnapping?

Where has Makinde been when the Fulani marauders have been making the law-abiding Yorùbá sons and daughters “feel unsafe in their homes, farms or business places”?

So, it is acceptable to Seyi Makinde that law-abiding Yorùbá sons and daughters are murdered or kidnapped? So, it is okay by him that our farms and lands are destroyed? Makinde is telling us that he had been deliberately condoning the dangerous activities of the Fulani marauders. He is now talking to soldiers of the Caliphate, collaborating with them on how to subjugate the sons and daughters of the Pacesetter State who are resisting subjugation and enslavement by the Fulani expansionists!

The way he ranted about the fake Constitution that he is brandishing as an empowering instrument showed that he has lost it. Where was the same Constitution when we were being murdered and maimed by the Fulani? Has Makinde just woken up to realise there was a Constitution? So, the Constitution did not empower him to protect the sons and daughters of Yorùbá land?

Governor Seyi Makinde is the new traitor to the Yorùbá nation. Everyone should watch him very closely. He is the latest politician of mercantilist hue on the block. He could not and should not be trusted. Any politician that is willing to sacrifice his people for political ambition is a dangerous creature that must be watched closely and frustrated. He does not deserve our support.