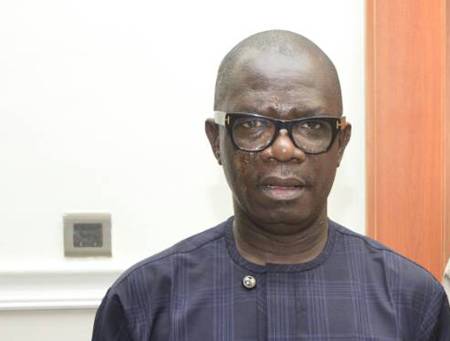 Ondo State Deputy Governor and candidate of the Zenith Labour Party, ZLP, in the October 10 governorship election in Ondo State, Agboola Ajayi, has said he will not be participating in the debate organised by Channels Television, because of a pre-scheduled programme in Owo.

Ajayi’s clarification came on the heels of insinuations that he had been avoiding debates, owing to what some described as his inability to communicate his ideas fluently.

In a statement, he said, “While appreciating the opportunity it (Channels) offered me to debate with other contenders for the office of governor of Ondo State, I have to let slip-by the offer because I am otherwise engaged.

“l have had my campaign in Owo delayed by a day due to security concerns related to intolerance and violence. The scheduled event will hold all day on Wednesday, while final interaction with my team from across the state would hold in the evening of that same day.

“This is so that I could avail myself of Thursday, October 8th, the last day allowed for campaigns, to embark on a whistle-stop tour of some locations across the state.

“l hope my decision to maximise the time available for me to continue to dialogue with voters across the state, a third of who are mostly not able to enjoy debates on national TV because they are not connected to the national grid, will not be seen as taking your offer for granted.”

COVID-19: What Presidential Task Force Should Do Now -E&RA