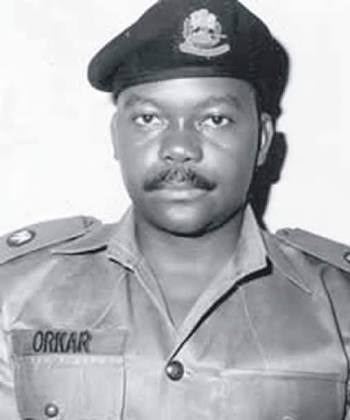 Tick-tock, tick-tock, both hands of the clock tiptoed to 12midnight. It was December 31. Hunger and anger waved at the year 1983 which said its goodbyes and trudged towards the calendar door. Economically, 1983 was bad for Nigeria and her naira. The masses had nothing but the skin covering their bones. Stuffed up to the throat with corruption, apathy and impunity, the nation held no hope for the citizenry.

But the masses were thankful. Thankful for surviving the year and the ‘austerity measures’ imposed by the prodigal Shehu Shagari administration, which swept into power in October 1983 on the wings of a violent election. Like an answer to an anxious prayer, a young Fulani soldier, Muhammadu Buhari, jumped on Dodan Barracks, Lagos, near the stroke of midnight with his band of bumbling, self-righteous soldiers and kicked out Shagari and his focusless National Party of Nigeria, NPN. The nation broke into wild jubilation, hugging Buhari’s New Year present.

After just one year and eight months in the saddle, however, Major General Buhari was booted out of office by the man who ran the bloodiest military junta in the history of the country, General Ibrahim Babangida. No regime in Nigeria’s history recorded a higher number of deaths of military personnel and civilian activists than Babangida’s murderous regime.

During the Babangida years, journalist Dele Giwa was shredded by a parcel bomb, over 150 senior Nigerian military officers crashed midair and perished in a Lagos swamp; poet-soldier, Maj.-Gen. Mamman Vatsa, whom Babangida was best man to, wasn’t spared by the little man now marooned on Minna hilltop. Vatsa was tied to a stake and shot to death in 1985 over an alleged coup plot along with many other brilliant soldiers. The gun of Babangida’s misrule dripped with blood.

On Sunday, April 22 1990, about five years into Babangida’s bloody rule, a junior soldier, Major Gideon Orkar, led the most audacious coup in the annals of the country by attempting to oust the fiercely-corrupt Babangida from power. The Orkar coup demystified Babangida, who fled, tail between legs, to Abuja, where he relocated the seat of power to from Lagos after escaping being killed through the courage of his ADC, Colonel UK Bello, who spirited him and his family out of Dodan Barracks via the backdoor. Bello later returned to the barracks to face the coup plotters but was killed inside an armoured tank.

Subsequently, the coup was foiled and the plotters were arrested. Orkar, a Tiv from Benue State, and 41 other soldiers were shot to death on July 27, 1990.

Babangida abandoned power in 1993 when he couldn’t bear the local and international backlash resulting from his cancellation of the June 12 presidential election won by the late MKO Abiola.

Sani Abacha, arguably, the only major general Babangida was taller than, later demolished the sandcastle Babangida foisted on the nation and christened Interim National Government, side-footing the weightless interim President, Ernest Sonekan, out of Aso Rock – after just three months in power. Abacha was nothing but greed. IBB was everything but good. The lucifer of deception embraces the devil of greed.

The Orkar coup clocked 30 years four days ago. So much water has passed under the Nigerian bridge. During the coup, Nigeria was headless for many hours as senior military officers rallied troops and engaged the revolutionary junior soldiers in a fierce battle to control Lagos. Never in its 53 years of existence had Lagos witnessed the amount of ammunition fired on the day as soldiers fought in the trenches on April 22 through 23, 1990. Lagos went into a cardiac arrest with the heavy artillery bombardment.

After seizing power, Orkar accused the Babangida government of corruption, nepotism and killings. In his nationwide speech, Orkar cut off Sokoto, Kano, Katsina, Borno and Bauchi from the geographical expression called Nigeria.

He said, “On behalf of the patriotic and well-meaning peoples of the Middle Belt and southern parts of this country, I, Major Gideon Orkar, wish to inform you of the successful ousting of the dictatorial, corrupt, drug baronish, evil man, deceitful, homosexually-centred, prodigalistic, unpatriotic administration of General Badamosi Babangida.”

He continued, “We have equally commenced their trials for unabated corruption, mismanagement of national economy, the murders of Dele Giwa, Major-General Mamman Vasta, with other officers as there was no attempted coup but mere intentions that were yet to materialise, and other human rights violations.

“The National Guard, already in its formative stage, is disbanded with immediate effect. Decrees Number 2 and 46 are hereby abrogated. We wish to emphasise that this is not just another coup but a well-conceived,­­ planned and executed revolution for the marginalised, oppressed and enslaved peoples of the Middle Belt and the South.

“Our history is replete with numerous and uncontrollable instances of callous and insensitive, dominatory, repressive intrigues by those who think it is their birthright to dominate till eternity the political and economic privileges of this great country to the exclusion of the people of the Middle Belt and the South. They have almost succeeded in subjugating the Middle Belt and making them voiceless and now extending (the) same to the South.”

It’s 30 years since Orkar and his men stormed the Dodan Barracks by 1:40am. It’s 54 years since Majors Chukwuma Nzeogu and Emmanuel Ifeajuna hatched Nigeria’s first coup on January 15 1966, killing 22 people, including the Prime Minister, Tafawa Balewa. It’s 56 years since northern officers launched a ‘July Rematch’ countercoup that killed the Head of State, General Aguiyi Ironsi, and many other leaders.

However, not even during the military bloodiness did clannishness dominate governance as Nigeria is currently witnessing under the Muhammadu Buhari Presidency. This is the first time in the life of Nigeria, when herdsmen will kill Middle Belt and Southern Nigerian citizens while the Federal Government does absolutely nothing to check the ethnic cleansing. It’s the first time the Federal Government will openly say herdsmen are right to kill and plunder if Middle Belt people and Southerners do not give out their lands to herdsmen for RUGA. It’s also the first time that all service chiefs and heads of all paramilitary organisations, except two, are Northerners.

World Bank President, Jim Yong Kim, disclosed in 2017 that Buhari urged the bank to concentrate development in the Northern region of Nigeria. The non-appointment of an Igbo into the National Defence Council and the National Security Council is in breach of Section 217(3) of the constitution which says the composition of the Armed Forces must reflect federal character.

Babangida’s administration, which Orkar sought to overthrow, clearly appears to be a saint when compared with the Buhari administration, in areas such as fairness in appointments, security and infrastructural development. Without a doubt, Buhari’s place as Nigeria’s most cliquish leader is sealed in infamy and this mortal failing will be the everlasting memoriam of his presidency. Truly, Nigeria deserves Orkar’s pity. Orkar deserves a posthumous national award.

NB: This column goes on break next week. Will be back in two weeks’ time by His Grace.

•Odesola writes from tge United States and can be reached at: tundeodes2003@yahoo.com

Between FFK and His ‘Journalist Friend’