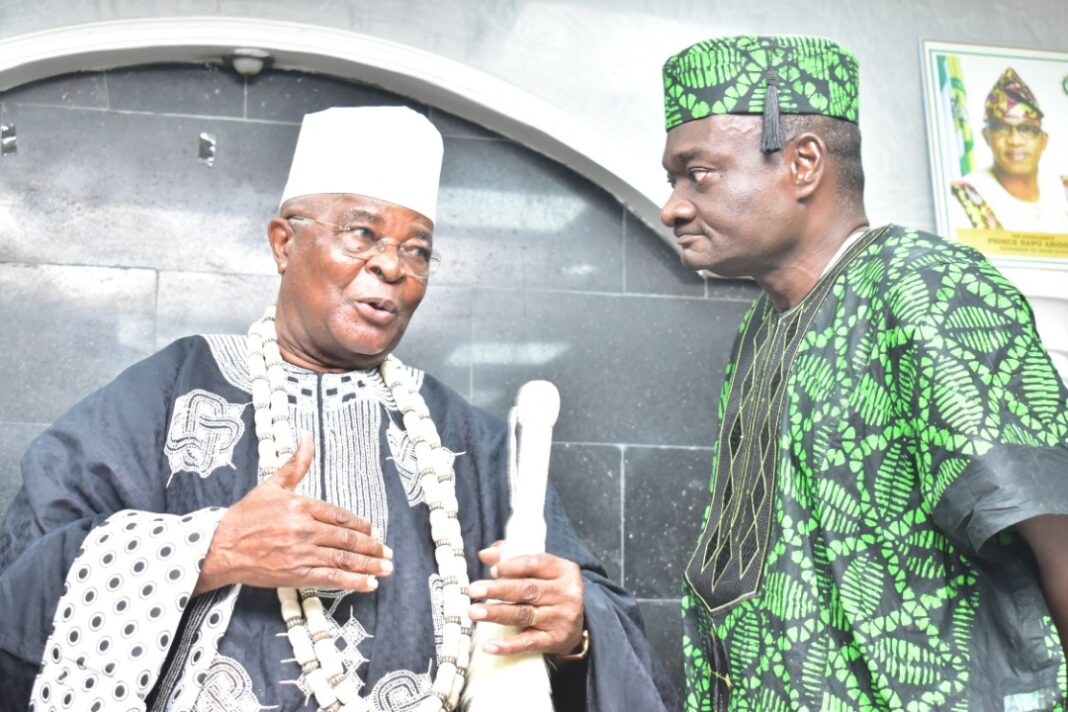 Paramount ruler and Alake of Egbaland, Oba (Dr.) Adedotun Aremu Gbadebo, Okukenu IV, CFR, has commended the outgoing Vice Chancellor, VC, of the Federal University of Agriculture, Abeokuta, FUNAAB, Prof. Felix Kolawole Salako, “for bringing back the good name of the dniversity” during his tenure that is ending on October 31, few days time. 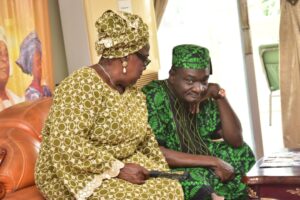 The highly revered monarch gave the commendation while receiving the new Governing Council of the university, who came on a maiden familiriazation visit.

Receiving the new Pro-Chancellor and Chairman, Governing Council, Alhaji Umar Ahmed and council members in his palace, the paramount ruler commended and thanked the outgoing VC for restoring the good name and the pride of place of the university through exceptional performance, which is deeply rooted in peace, progress and development. 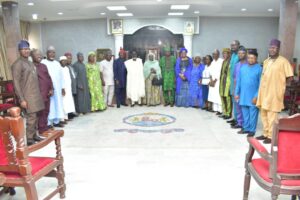 Beaming with smile, the royal father, who was apparently elated and satisfied with the the performance of Prof Salako in office, said that his appreciation of Salako’s good work is a tip of the ice berg, saying that he will appreciate the VC better when he returns to the palace on a valedictory visit. 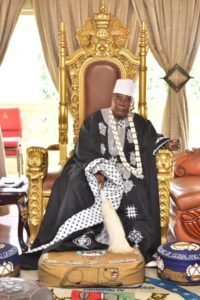 Oba Gbadebo also thanked one of his revered chiefs and former VC of FUNAAB, Prof. Oluwafemi Olaiya Balogun, for bettering the lots of the university during his tenure of office by bringing FUNAAB from 38th position to second best in the nation’s universities’ ranking. 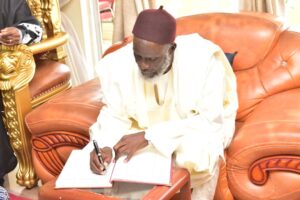 Going down memory lane to as far back as 1948, when Egbaland lost The Alake, who the citing of what is today known as University of Ibadan to the ancient city of Ibadan, the Alake expressed thanks to God for giving Egbaland FUNAAB eventually. 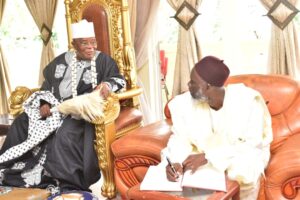 The paramount ruler disclosed that “FUNAAB is very dear to Egbas, the more reason we are very happy with the progress of the university.”

Welcoming the Alhaji Umar Ahmed-led Governing Council to the palace, Oba Gbadebo recalled his days in Kaduna State, the home stead of his visitor during his days as a top military officer in Kaduna. 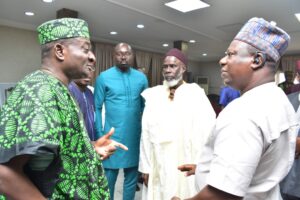 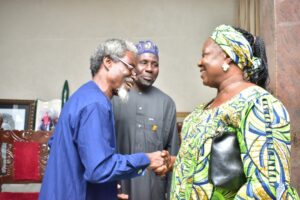 Earlier in his very short remarks, which he delivered extempore, the Pro-Chancellor and Chairman, Governing Council, Alhaji Ahmed, said that following the inauguration of the Council by the Federal Government in Abuja on September 7, 2022, it is expedient for him and members to pay a visit to the paramount ruler. 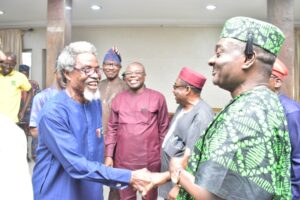 Alhaji Ahmed solicited for the “fatherly advise and support” of the Alake of Egbaland for the success of the Governing Council. 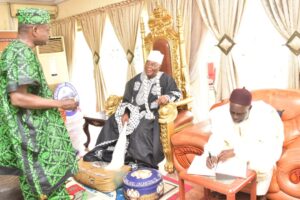 Speaking further, Prof Salako added, “People said that we have been enjoying peace in FUNAAB close to five years now, but that wouldn’t have been possible without the grace of God, the support of our Baba, the Alake of Egbaland, the people of Egbaland and the good people of Ogun and Nigerians in general.” 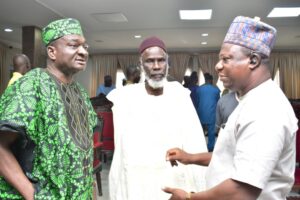 He pointed out that “what we have come to do, Kabiyesi, is to seek your much needed support for our new Governing Council. Yes, I am an outgoing VC, my tenure will end on the 31st of this month, but we need your support for my successor and in particular our new Council to enhance delivery.” 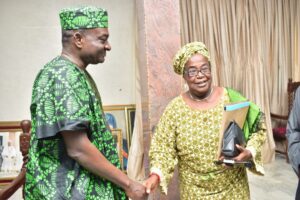 Two notable former principal officers of the university, Prof Balogun, a former VC and now an Egba high chief, who the outgoing VC named the sprawling ultra-modern Ceremonial Building of the institution after, and Princess Bisi Shoboyejo, a very close blood relation of the Alake, who Prof Salako also named a prestigious Female Hostel after, thus becoming the first non-teaching staff (retired) to be so honoured, were part of the Alake’s team that received the FUNAAB team.