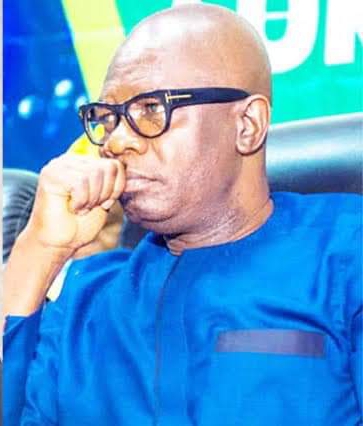 The Ondo State Commissioner of Police, Salami Bolaji, has said that the Ondo State Police Command under his watch will never allow police lawlessness in the state.

Salami said this in his reaction to a video, which had gone viral on social media of his purported confrontation with the Deputy Governor of Ondo State, Hon Agboola Ajayi, over some number of cars, claiming that the video was an attempt to foment sentiment and misunderstanding in the state.

Recall that on Saturday night, Ajayi was prevented from leaving the Government House, when he was stopped by the Commissioner of Police, Salami, who was said to be acting on Akeredolu’s order.

Salami further said that he only came to the scene when his officers and men at the Government House could not broker peace between the aides of the governor and the deputy governor, over the number of cars the Deputy governor would drive out at the time.

He said that his presence as the state Commissioner of Police became necessary as that is the only thing that could calm frayed nerves, adding that having listened to the reason for the misunderstanding, he advised both sides to come to terms, a condition they both agreed.

Claiming that he has never been a politician all through his life; and would not want to be dragged into politics, Salami affirmed that he is completely apolitical and as a police officer, his job is to protect the lives and properties of citizens of Ondo State.