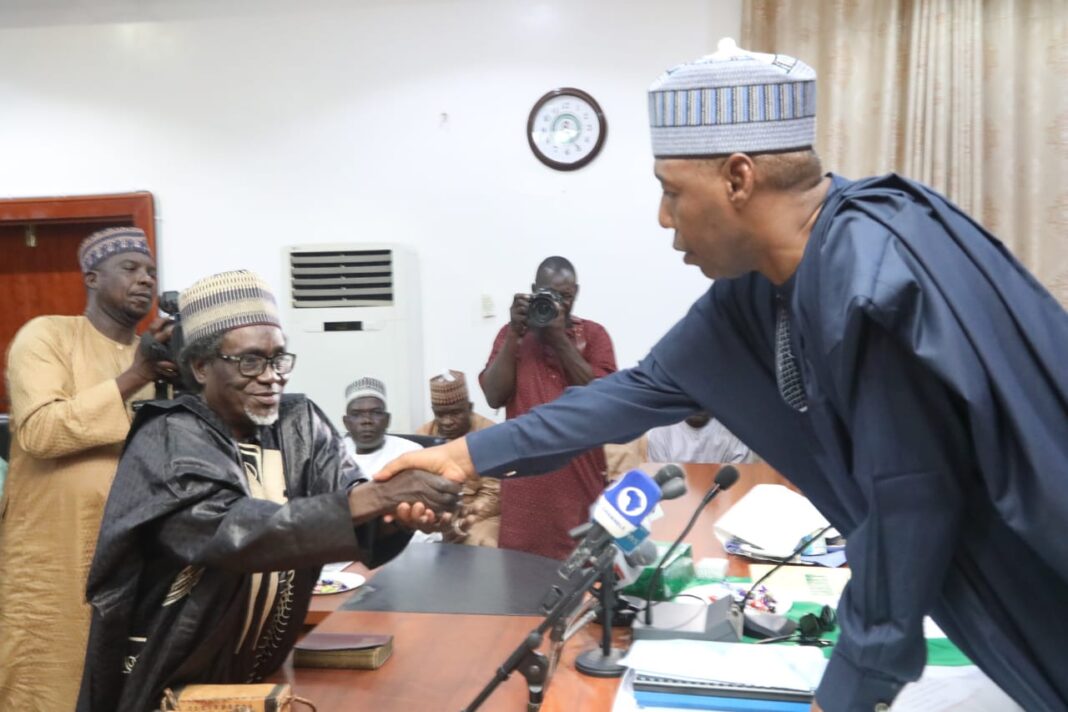 The Borno State government is to commence payment of backlog of promotion arrears of civil servants by the end of January 2023.

This was disclosed yesterday by the state governor, Babagana Zulum, at the swearing-in ceremony of the Chairman and members of reconstituted Borno State Civil Service Commission at the Government House Maiduguri.

The backlog, which started since July, 2016, during the commencement of Bio-Metric Data of civil servants, was inherited by the present administration.

To ensure fairness and justice, however, Governor Zulum said that his administration will leave no stone unturned to settle all outstanding payment of promotion benefits.

First to be sworn in by the state Chief Judge, Justice Kashim Zannah, at the ceremony presided over by Governor Zulum was the re-appointed chairman of the BSCSC, Dr Bulama Mali Gubio, followed by the four commissioners comprising the Commissioner I, Barrister Yakubu Bukar and Commissioner II, Zarami Dungus.

Congratulating the appointees, Governor Zulum expressed confidence in the chairman and the Ccmmissioners of the reconstituted CSC, who he described as people of proven integrity and unquestionable character, capable of repositioning the state service.

He said, “The civil service is the pillar of all sectors of the economy which a responsible government depends upon to carry out its policies and programmes effectively.

“I can’t succeed without having a vibrant and competent civil servants who are patriotic and dedicated.

“Whether we like it or not, there are some people in the civil service, who have been promoted without recourse to due process. How can a civil servant with a diploma be promoted to the rank of a director, how?”

The governor maintained that the
civil service is the pillar upon which all developmental efforts of government depend, hence  government will not allow the system to suffer.

He added, “The major policy thrust of this administration is the full recovery and reconstruction which depend on the institutional capability of the public service and professional competency of the work force, hence the training and retraining of the workforce.”

The governor added that in the quest to reposition and reinvigorate the civil service in line with recovery efforts through the 25-year development framework, and 10-year strategic initiative, the state government would initiate complete computerization of the commission’s record keeping and retrieval system to enhance the function of the commission.

He stressed the need to reposition the civil service and further directed compilation of a comprehensive nominal roll of the civil servants in the state and also ordered for the compilation of vacancies in all Ministries, Departments and Agencies, MDAs, preparatory to the conduct of  promotion examinations for eligible personnel to be held before the end of this year.

The Borno State Head of Service, HoS, Barrister Simon Malgwi, said that the CSC and appointment of personnel to serve in the commission are constitutional requirement, hence the swearing-in of the chairman and the four commissioners.

The chairman of the CSC, Dr. Gubio expressed deep appreciation to the state government for finding them worthy for the task, pledging on behalf of other appointees to live up to expectations, even as he further called on the civil servants to follow due process in their dealings with the commission, assuring that they are in safe hands.