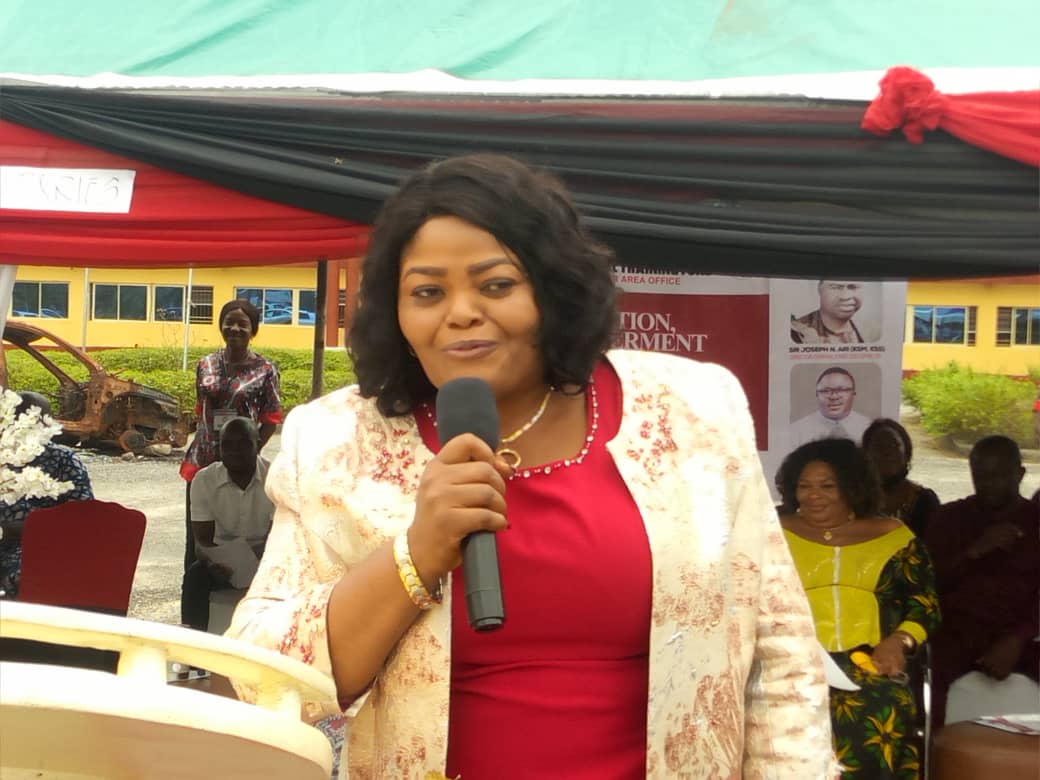 Cross River State Commissioner for Local Government Affairs, Mrs. Stella Odey-Ekpo, has charged graduands of the Industrial Training Funds, ITF, not to despise days of their little beginnings, but instead, work very hard with the starter packs given to them by the ITF and see if their fortunes won’t turn around.

Odey-Ekpo gave the charge while speaking at the closing ceremony of the 2020 National Industrial Training Skills Development Programme, NISDP, where 150 young people, who had been trained in various aspect of human endeavours were given starter-packs to start their lives.

The commissioner also adsmonished the benefiaries of the programme not to sell out the starter-packs in the market, simply because they are desperately in need.

Stressing that the training and the starter-packs can change the stories of the beneficiaries, without having to depend on any one if the packs were properly utilized, Odey-Ekpo stated that with the starter-packs, a lot can be achieved whereby benefiaries of the programme would grow their own businesses, not just to make profit for themselves, but become employers of labour.

She said that the time had passed when graduands of the ITF programme still roam the streets after graduating, looking for non-existing white collar jobs, adding, “Do not despise the days of your little beginning, as you cannot forecast and know what the future holds for you.

“All you need to do is to maintain a level head, give priority attention to your business, for in very successful business, there is always a beginning.”

The erstwhile Commissioner for Women Affairs in the Prof. Ben Ayade-led administration commended the ITF for the impartation of technical skills in various aspects of human endeavour to the graduands, stressing that with such requisite skills, poverty can be conquered.

She added, “Until more Nigerians are equipped with technical skills, we would continue to wallow in abject poverty.”

Earlier, in her remarks, the head of the ITF area office in Calabar, Mrs. Evelyn Irabor, stated that despite the odds faced by the Calabar ITF office, especially against the backdrop of the looting and vandalization of its office and facilities to train people in skills acquisition in various aspects of human endeavour, the ITF has continued to stressing deliver on its mandate of training the youths, that despite all odds, ITF still went ahead to become self-reliant.

She said, “We so sincerely hope the state government, under the amiable leadership of His Excellency, Prof Ben Ayade, will come to our aid and support the office so that together we can continue to meet the yearnings of Cross Riverians in the area of human capital development.”