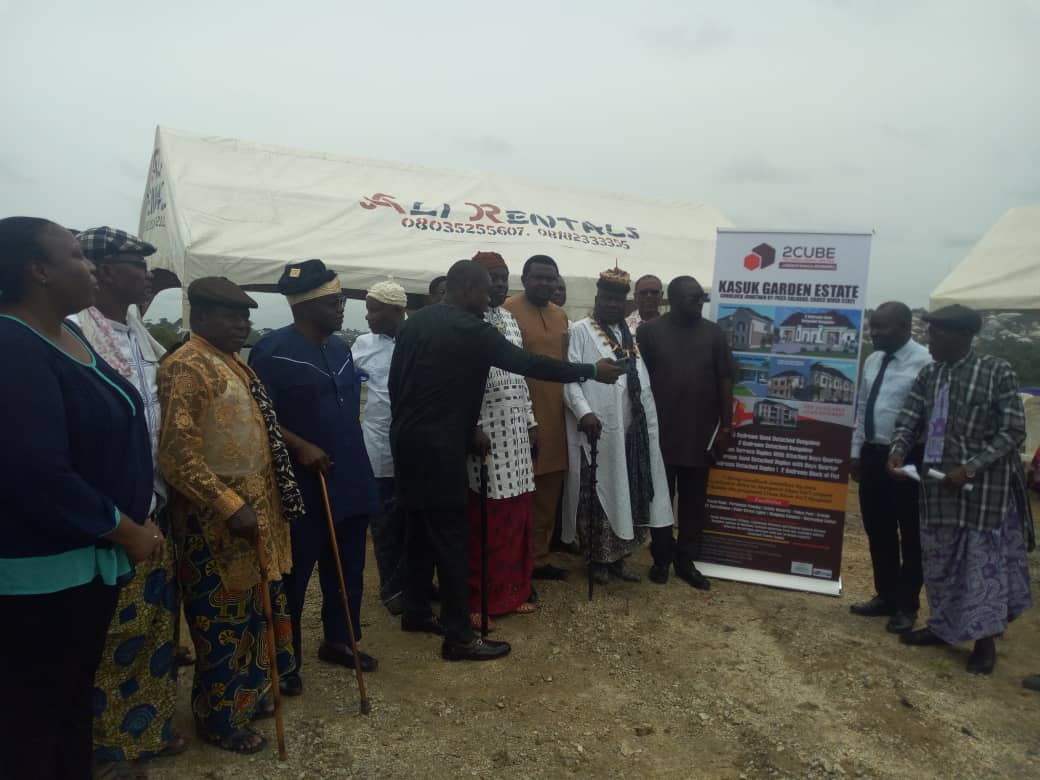 About one N1 billion is to be invested in the construction of 120 housing units gated estate, in Kasuk Clan, Calabar Municipality Local Government Area of Cross River State by a real estate giant, 2Cube Technologies Limited.

Speaking with journalists at the end of the official handing over of the parcel of land by leaders of the community to management of 2Cube Technologies, immediately after the community leaders concluded the pouring of libation to appease the community gods, at Jonathan By-Pass, site for the gated Garden Estate, which is about five minutes drive to Margaret Ekpo International Airport, the CEO solicited corporation from community residents, so as to assist the project record a huge success.

He said that the management of the estate developers are ready to work as a team with community locals, insisting that team work was the surest way to achieve success.

The Abuja-based estate developers, who said they are in partnership with the Federal Mortgage Bank, stressed that apart from developing 1,000 housing units for the United Nations, UN, in Abuja, they are currently developing some housing units for the Federal Radio Corporation of Nigeria, FRCN, Abuja, before deciding to come to Calabar, so as to avail opportunity to civil servants and residents of the state, who may wish to own their own houses to form partnership with the estate firm.

He siad, “What this entails is that the estate we want to develop in Calabar, would be of help to civil servants and other residents, who can benefit from the Kasuk Gated Estate.

“We are hitting the ground running, we will not stop until this project is completed. It is going to create an opening for this area. We are not just here to make noise nor to entertain people.

“The project is going to provide employment opportunity for both formal and informal skilled people to have jobs to do, thereby providing job opportunity for residents of the community. I urged every one to give us maximum corporation to enable the project to wind into a fruitful conclusion.”

Reacting, the clan head of Kasuk clan, the host community, Ntoi Ededem Ayito III, said, “We are donating this parcel of land to you for construction of the Garden Estate.

“Our believe is that some of our unemployed youths roaming the streets in search of job, can have opportunity to work with you immediately your people hit the ground running.”

He said, “One thing I can assure you is our mutual support, given the fact that should the firm succeed in this project, we too will succeed, because we see ourselves as partners in progress.

“There is no how that this project would kick-start that we won’t have the community locals being engage in the constriction process. At this level, I think its going to be partnership in progress.”