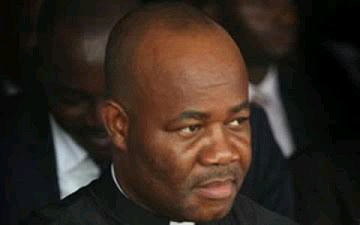 Leaders of the South-South geo-political zone on Sunday said that the work done so far by the Minister of Niger Delta Affairs, Chief Godswill Akpabio, deserved to be appreciated and shown to the world.

They also urged governors of the six states in the zone to learn from the example of the Sole Administrator of the Niger Delta Development Commission, NDDC, Mr. Efiong Akwa.

Speaking at a meeting convened in Abuja, the Federal Capital Territory, FCT, the leaders commended Akpabio for his sense of direction and values.

Accusing some South-South governors of adding to the difficulties of the Niger Delta region, they said, “Some people tend to think they can hold the Niger Delta region to ransom, and lay down conditions for the NDDC – when to constitute the board, who should be appointed, how many contracts they want and when to pay them or their cronies.”

The prominent South-South leaders particularly accused some governors of the zone of throwing their hate and anger in the public space.

Applauding Senator Akpabio for bringing to the Ministry of Niger Delta Affairs his intelligence, experience and energy, they averred, “We shall never be able to make progress by blackmail threats, corruption of the mind of youth, spreading false doctrines and careless talk.”

Chairman of the South-South Front, SSF, Chief John Harry, in a statement after the meeting, said that the leaders hailed Akpabio for keeping his word with the people, bringing about conditions for genuine progress and working strenuously for the overall development of the oil rich region.

He said, “Chief Akpabio and the South-South leaders have a joint aim to advance the welfare of the people. They have a vital part to play in the speeding up of the region’s development.”

While commending President Muhammadu Buhari for guiding the Niger Delta region steadily forward to progress, the leaders also eulogised the attitude Ijaw National Leader, Chief Edwin Clark, has shown thus far as well as his support for the NDDC management.

Underscoring the hostile intentions of some youths in the region, the leaders scolded Alhaji Abubaka Amaigo Brown, Bedford Benjamin and Lambart Olambo, accusing them of working against the interests of the region.

They said, “Chief Akpabio is a person of great intelligence. He has extraordinary energy, boundless optimism and vision about the possibilities of progress in the Niger Delta region.”