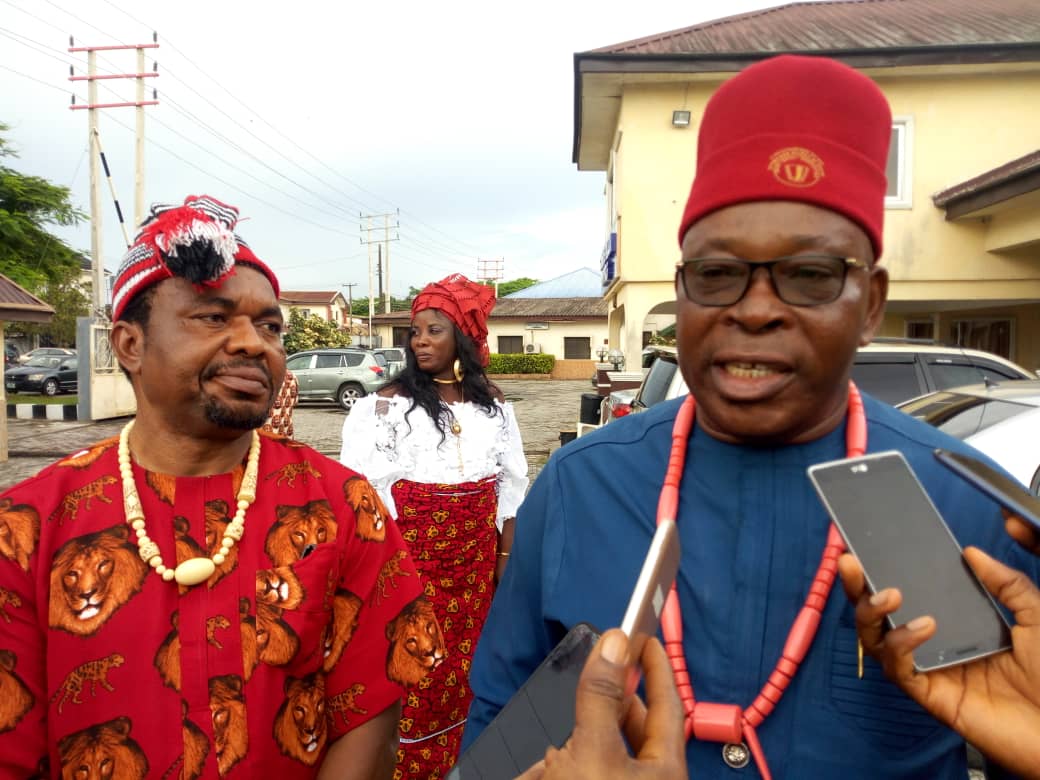 Atulomah made the remarks while speaking during a reception ceremony organized by Igbo people resident in Calabar in honour of ace broadcaster/ Special Assistant to Cross River State Governor Ben Ayade on Non Indigene Affairs and seven other Igbo sons and daughters residing in the state.

He stated that the organisation is not aimed at being at a loggerheads with the apex Igbo socio-cultural organisations, the Ohanaeze Ndigbo, but to complement the good works of Ndigbo who reside in Cross River State.

Atulomah said, “Igbo Congress is not here to rival Ohanaeze, which is the apex body of all Igbos.

“We are here to complement Ohanaeze and further help in mobilizing Ndi Igbo to be able to enhance it’s fortunes, as well as create more opportunities for Igbo to achieve unity in diaspora.

“The congress will render charitable and humanitarian service to members, groups of persons and organisations as deemed necessary, irrespective of religion, nationality, ethnicity, race or class.

“We will also promote the good relationship between the Igbos and the Cross River State government and respect the dignity of other nationalities.”

He added that the Igbo Congress is a registered body worldwide with chapters in Abuja, Lagos, Texas, Germany and France.

The igbo Congress interim president averred that prominent Igbo sons and daughters have travelled out to deliver lectures during the World Igbo Congress day held annually in Texas, and the state chapter of the congress would not be an exception.

Atulomah maintained that the Cross River State chapter would also organise annual lectures in collaboration with Aka Ikenga, to enrich the Igbo Cultural Heritage,even as he lauded Governor Ayade, for finding Igbo sons and daughters worthy of appointment, vowing solidly lend their weight to the policies of the Ayade administration in its bid to industrialize the state.

In his remarks, Barr. Nwabueze, who is also a lecturer at the Cross River University of Technology, CRUTECH, while speakng on behalf of seven other sons and daughters of Igbo who received award of honour from the congress, expressed happiness over the award, stressing that the award would spur them to do more for the betterment of Igbo people in Cross River State.

Also speaking, a lecturer in the Physics department of the University of Calabar, Prof. Rufus Okoro, stressed that Igbo Congress isn’t an organization to tear Igbo apart, but to fight for the unity and peace of the entire Igbo nation home and abroad,just as he called on Igbo sons and daughters in the state to identify with the congress.

While pledging to work with other Igbo groups to fight insecurity in the region, he said, “We are here to built a united front for the Igbo people in Cross River State.”

The academic also stated that the congress is going to strive on the truth, and nothing else stressing that it is only the truth that binds people togethe.

He said, “If falsehood binds people together, eventually truth will separate them.”

Earlier, at the thanksgiving service, held at the Holy Trinity Catholic Church, IBB Way, Calabar, the officiating priest, Rev. Fr. (Dr.) Richmond Diala, charged Christians to imbibe the culture of thanksgiving as a way to appreciate what God has done for mankind.

The cleric stated that it is only when people show appreciation that it would spur God to do more.