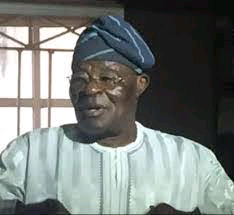 The Oyo State chapter of the All Progressives Congress, APC, has called for the postponement of the local government election scheduled for May 22, by the Oyo State Independent Electoral Commission, OYSIEC.

The Oyo State chairman of the party, Chief Akin Oke, who made the call while addressing journalists at a press conference organised by the Oyo State Association of Local Government of Nigeria, ALGON, said the postponement was to allow the APC participate in the election.

But the Supreme Court, while delivering judgement on Friday in a suit filed by the elected council chairmen sacked by the administration of Governor Seyi Makinde, had declared their removal as null and void, while it also awarded N20 million costs against the Oyo State government.

The court similarly ruled that the state government must pay all the entitlements, including salaries and allowances to all the sacked council bosses from the date that they were sacked till March 2022.

Oke said, “We could not be part of the preparation for that election at the initial stage, because we felt the dissolution of democratically elected chairmen and councillors was illegal. Now that we have been vindicated, it is thus right for the government to create a level playing field in order for us to test our popularity.

“We are not afraid of the local government election, it is high time the OYSIEC postponed the election to accommodate us.”

The state ALGON chairman, Prince Ayodeji Abass-Aleshinloye, on his part, described the action of Governor Makinde in dissolving the elected council officials as executive rascality, stating that they are dedicating the victory to the memory of the immediate past governor of the state, late Senator Abiola Ajimobi, who was instrumental to the victory based on the support he gave.

He said, “It was a display of executive rascality on the part of the governor. We dedicate this victory to our boss, late Senator Abiola Ajimobi, who urged us not to fight the government, but follow the rule of law. He was indeed the driving force, who advised that we should not cause problem in the state, but to follow the rule of law by going to court.

“Our struggle was all about the rule of law and allowing democracy to thrive at the grassroots. To us, Governor Makinde does not have any respect for the rule of law.”

Why I Visited Tinubu -Fayemi