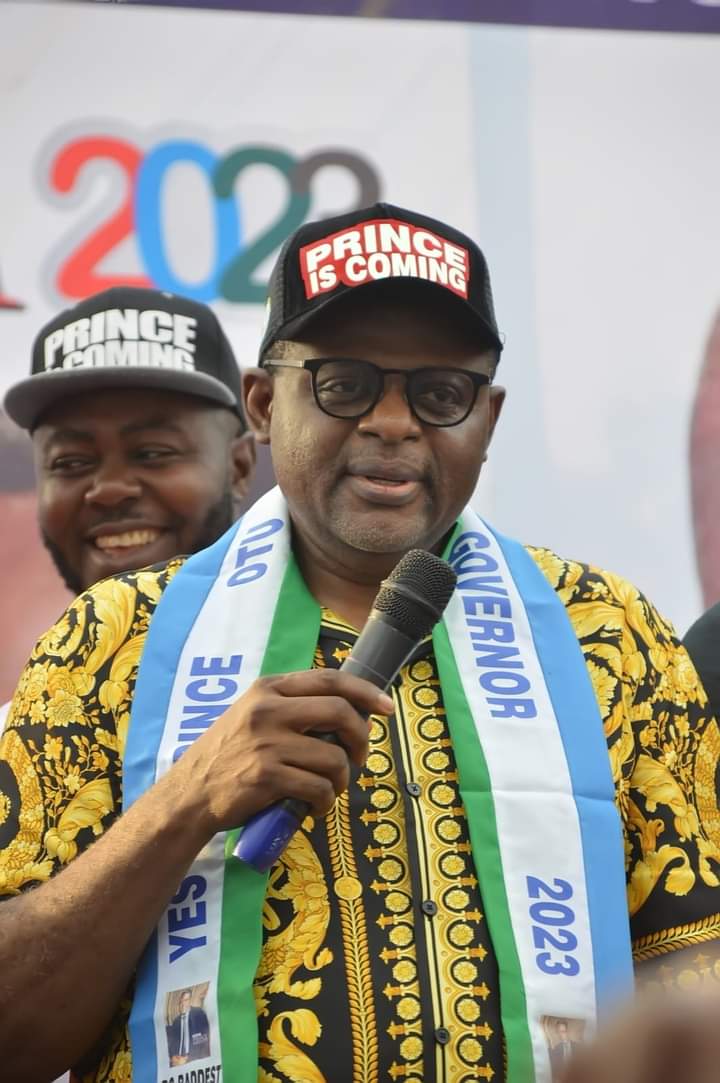 As part of his effort at appreciating All Progressives Congress, APC, stakeholders in Cross River State and express his gratitude to them for finding him worthy of flying the party’s governorship banner, the gubernatorial candidate of the APC in Cross River State, Senator Prince Bassey Edet Otu, yesterday extended thank-you visit to Governor Bẹn Ayade’s local government area, Obudu Local Government in Cross River North senatorial district thank the people of the council area.

The APC governorship candidate also visited the party stakeholders in Obanlikwu Local Government Area, also in fulfilment of his promise to visit and appreciate political stakeholders from each of the 18 local government areas of the state after emerging the party’s flag bearer for the 2023 governorship election.

Otu, who was accompanied during the visit by the APC state chairman and other key leaders of the APC in the state, also visited paramount rulers of the two local councils.

Recall that after his emergence as the APC candidate, Otu had promised to visit the local councils and thank them for their support.

Addressing party faithful, Sen Otu expressed gratitude to the people of Obanlikwu and Obudu local councils, particularly the delegates who unanimously voted for him during the May 26 APC primary election.

He said, “I can’t thank you enough, especially the delagates who unanimously voted for me to lead the party in the forthcoming elections. I want to assure you that your efforts and confidence will not be in vain. We will build a Cross River State that we will all be proud of.

“We will build on the legacies of Senator Ayade, who has done extremely well in the areas of industrialisation and human capital development; we will sustain, expand, and develop the industries, getting our people involved and liberate the state from overdependence on federal allocation.”

He assured Cross Riverians of a peaceful and prosperous Cross River State.

In an interactive session with the traditional rulers council in Obanlikwu Local Government Area, the paramount ruler, His Royal Majesty, Amb. Dr. Amos Etem, acknowledged the antecedents and track record of Senator Otu, even as he appreciated the governorship hopeful for his love for the state.

The monarch noted that the emergence of Senator Otu was a direct will of the people, insisting that Obanlikwu will support him.

In her address, the chairman of Obanliku locks council, Hon.(Evang) Margaret Inde, said that Otu’s innumerable selfless service to humanity is a testament of what Cross Riverians should expect when he becomes governor.

Hon. Ken Aklah, who recounted the unprecedented empowerment and impact of Senator Otu in the state while at the National Assembly, said Otu’s achievement in human capital development is a record yet to be broken and will make a difference as governor of the state.

In attendance to receive Senator Otu and his team in Obudu were the chairman of the council, Hon. Bonny Eraye Ewhe; Chairman, Forestry Commission, Chief Tony Udiandeye; Hon. Ken Aklah; APC executives at the local government; women and youth groups.

Highpoints of the event were the royal blessings showered on Senator Otu by the paramount rulers of both local government areas.