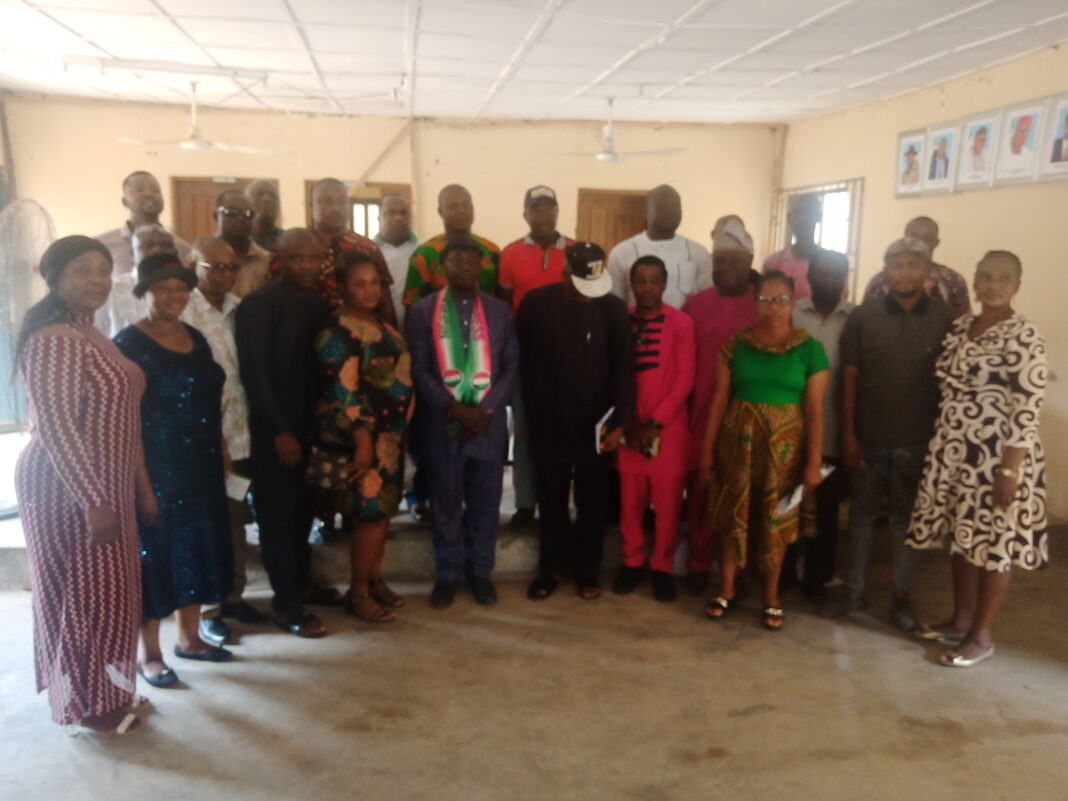 The gubernatorial candidate of the Accord Party in the forthcoming Ekiti State governorship election, Basorun Reuben Famuyibo, BRF, on Wednesday held a consultative meeting with the Ekiti State chapter of the Nigeria Labour Congress, NLC, at the Labour House in Ado Ekiti.

At the meeting, he told the labour union the plans he has for Ekiti State if given the mandate to take over the mantle of leadership of the Fountain of Knowledge.

Welcoming BRF to the Labour House on behalf of the union, the chairman of Ekiti State NLC, Comrade Pharm. Kolapo Joshua, appreciated Basorun Famuyibo for taking time out to meet with the labour union.

Meanwhile, Basorun Famuyibo has challenged organised labour to rise up to the occasion to liberate Ekiti State from the quagmire that present and previous administrations have plunged the state into.

He told them that his desire to take Ekiti to a higher pedestal motivated him to throw his hat into the ring to contest for governor, adding that but for his love for Ekiti, he wouldn’t bother himself, as he is quite comfortable without being a governor.

He charged that the responsibility of taking Ekiti State out of its present parlous state, where nothing works and the citizens live in abject poverty lies in the hands of all true sons and daughters of Ekiti.

Senate To FG: Give 1% VAT To States Affected By #EndSARS Violence