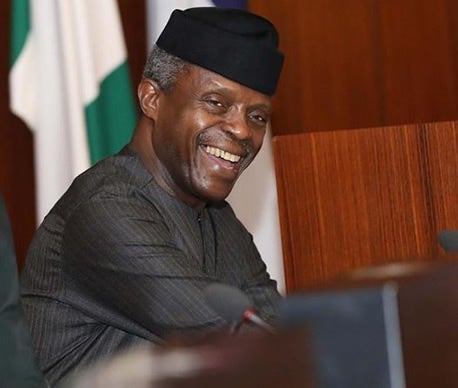 Following the discovery that he was one of the government officials who interact with the Chief of Staff to President Muhammadu Buhari, Abba Kyari, who tested positive for coronavirus on Tuesday,  and his subsequent self-isolation, the Vice-President, Prof. Yemi Osinbajo, SAN, has disclosed that he has tested negative for COVID-19.

This was made known by his political adviser, Senator Babafemi Ojudu, on his twitter handle, @babaloveme3 at about 8:22 am. He had twitted, “Vice-President Yemi Osinbajo tests negative.”

Recall that Osinbajo had gone into self-isolation on Tuesday as one of the senior government functionaries who might have had contact with the Chief of Staff, Malam Kyari, who had tested positive for COVID-19 on Monday.

The Vice President’s media spokesperson, Mr Laolu Akande, had announced Osinbajo’s self-isolation on his Twitter handle, @akandeo on Tuesday night, adding the Prof Osinbajo had been working from home.

Vice President Osinbajo’s self-isolation was in compliance with the directive of the Nigeria Centre for Disease Control, NCDC.