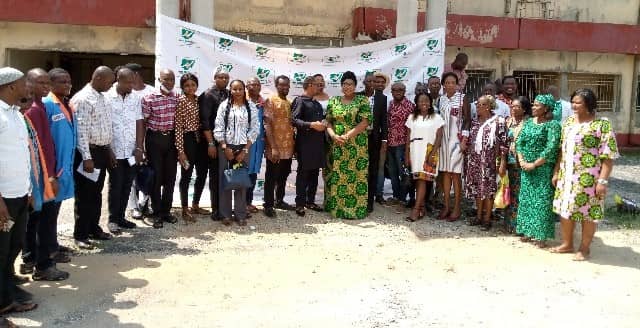 The Area Manager of the Industrial Training Fund, ITF, in Cross River State, Evelyn Irabor, stated this while speaking in a town hall meeting, which took place in Calabar at weekend.

Speaking on the sidelines of the town hall meeting, organised for heads of associations, Irabor stated that the idea of the fund is to improve the condition of the MSMEs in the state in view of the after effects of the COVID-19 pandemic.

Averring that arrangement are in advanced stage for the kick off of the programme from second week of the month, Irabir urged all MSMEs operating in the state to key into the programme in order to give a boost to their small and medium scale entreprises.

Irabor stated, “We are here to sensitize stakeholders of their roles in creating awareness about the programme.

“The concern of the Federal Government is to provide critical and timely support to improve the condition of living of every Nigerian, which was adversely affected as a result of the lockdown, which was necessitated by the COVID-19.

Irabor enumerated some aspect aspects of the scheme to include the payroll support scheme, general grants, familiarization support and artisanal/transport grant and urged the residents of the state to key into the programme through the designated website, notwithstanding the fact that they have one one to speak in their stead, stressing that it is a direct participation on the platform.

In his reamrks, a resource person at the programme, Illo Chukwuemeka, stated that the programme is part of the N2.3 trillions naira stimulus package of the Nigeria Economic Sustainability Plan, initiated by the Federal Government with the sole aim to boost the production capacity of MSMEs.

As part of the programme, the Federal Government will buy up agro produces and preference will be given to products in reasonable volumes, produced in the state in view of its multiplier effect on the economy.