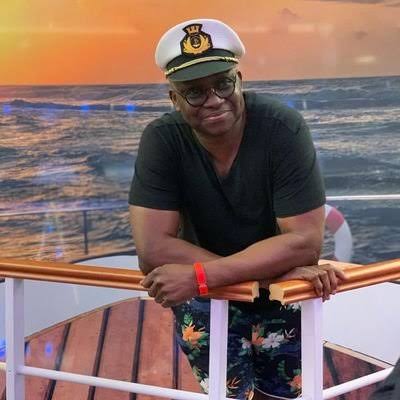 Ayodele Fayose has been characterized by ups and downs during his sixty years on earth. Of course, the period has been very eventful, but in totality, it’s interesting to note that, the he has every reason to thank the Lord, because His mercy endures forever.

Fayose, a great son and proud emblem of Ekiti was born on November 15, 1960, the year of Nigeria’s independence, by ordinary Nigerian parents, who were completely apolitical and not by any of the weighty and iconic personalities like Awolowo, Azikwe or Balewa, who were making waves during the period.

Little wonder, the ordinary people eventually became his strength wherever he goes.

Osoko, as he is fondly called by his bevy of admirers, was endowed with his own allocation of destiny, which has continued to navigate the way for him; but he hardly achieves anything on the platter of gold.

Fayose was destined to conquer through arduous struggles. An enigma, he is an anointed prince, whose royal path to the palace was denied him but who knew, nonetheless that the hard way was the best way and the wise route for a hero.

Indeed, there is no smooth path to success.

Fayose had a humble beginning and was able to break the shackles of competition and unhealthy rivalry that are usually inseparable from most polygamous homes as inevitable foundation for his greatness.

He started from the scratch and made himself with the assistance of God. He delved into politics and has now risen to the centre stage of Nigeria’s politics, where his natural intelligence and political erudity have positively impacted man and society in general.

The man from the so called hilly state has projected himself from obscurity to limelight.

Awolowo said that the greatest joy of a man should not be in never falling, but in the ability to rise each time he falls. It’s on record that Fayose was once envied and persecuted by his political adversaries.

He proceeded on self exile, but in spite of the gargantuan nature of his ordeals, he was again ushered into the palace. Still, he doesn’t hide behind a finger, nor call a spade by any other name, the attitude many detest.

More important than being a two-term governor of Ekiti State are the empirical and unsurpassable innovative ideas and achievements of his administrations across the state. He simply thinks many years ahead his contemporaries.

Among others, his administration constructed a flyover and dualized roads in the capital city and across the state. Kudos to a foresighted administrator, who realised the need to plan ahead of time. Malls, small and big markets across the state, including the gigantic Oja Oba that was adopted by his successor are part of Fayose’s achievements.

Other infrastructural facilities built during his tenure are found everywhere across Ekiti State.

The intangible achievements include the enviable performance of Ekiti indigenes in WAEC/NECO examinations during his tenure. Also, Ekiti was relatively peaceful when the menace of the Fulani herdsmen was effectively checkmated by the security measures taken by his administration.

Some thought a great thinker was trivial when he assembled the local hunters to join the fight against insecurity at the grassroot, but years later, nearly all the state governors realized the need to borrow Fayose’s ingenuity.

Osoko is a happy family man with promising and successful children. It is not unfounded that he has also trained and mentored popular and accomplished politicians and office holders across the country.

Undoubtedly, Fayose is practically an achiever and a fulfilled man in all ramifications at sixty.

He deserves to be celebrated by all and sundry. I pray God Almighty will grant him long life, and continue to see him through in all his endeavors.

According to the United Nations, old age begins at sixty, nevertheless, Osoko is still bubbling with vigour. The progressive, mature and populist youthful ideology in him would continue to help build on the enduring legacies he had laid for the benefit of mankind.

I therefore celebrate and congratulate a dynamic community leader, social reformer and consummate politician on his 60th birthday.