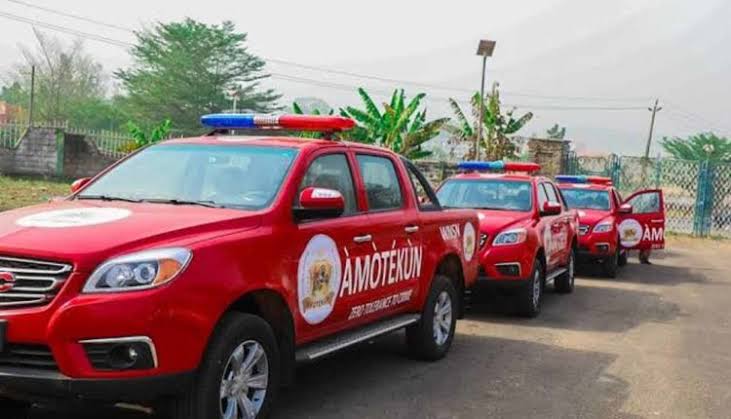 The Ekiti State governor, Dr Kayode Fayemi, on Sunday, approved the appointment of members of the governing board of the Ekiti State Security Network Agency, codenamed Amotekun Corps.

A statement by the Chief Press Secretary to the governor, Yinka Oyebode, stated that the chairman of the governing board is Mr. Akin Aregbesola, while the Corps Commander is Brigadier General Joe Komolafe.

Others members of the governing board include: Dr. (Mrs) B.J Akin-Obasola, Mr. Joel Idowu Ajayi and Major Fatai Fakorede.

Other appointment approved by Governor Fayemi is that of the Chairman of the Independent Amotekun Complaints Commission, retired Justice Cornelius Akintayo.

All the appointments, according to the statement by Oyebode, are with immediate effect.

Recall that the Ekiti State House of Assembly had passed the ni backing the establishment of the security initiative on February 14, after subjecting it to the necessary legislative procedures, including a public hearing.

And while assenting to the bill in March, Fayemi, had maintained that the security and well-being of Ekiti people remained paramount to his administration, noting that the establishment of the security network was a child of necessity, considering the security challenges in the state and the entire South-West geo-political zone.

However, the outbreak of the novel COVID-19 pandemic hampered the timely and successful take-off of the security initiative.

But the recent security challenges in the last few weeks, especially the abduction of the state Commissioner for Agriculture, might have necessitated the latest move by Governor Fayemi.