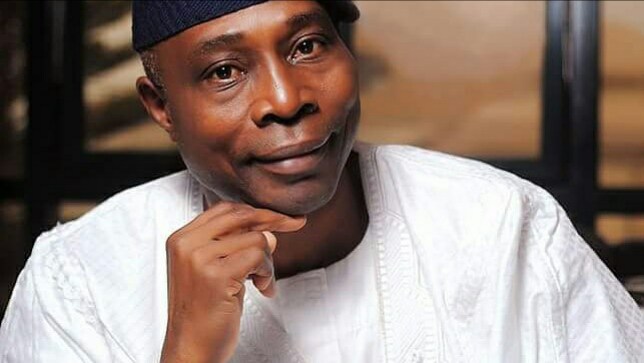 An opinion rating of 14 aspirants in the All Progressives Congress, APC, conducted by a non governmental organisation, NGO, Atunse Mindshift Advocacy Foundation, AMAF, ahead of the 2020 Ondo State governorship election, has place Ikare-Akoko-born businessman-turned-politician, Chief Olusegun Abraham, ahead the pack; while the incumbent governor, Oluwatoyimi Akeredolu, came a distant fifth.

The result of the opinion poll, conducted by AMAF, has however, created huge hullabaloo in political circles in the state, as purported leading aspirants failed to perform to expectation.

AMAF said, “Our position polls is based on the antecedents of each aspirants in the past politically, socially, financially and morally.

Former Senior Special Assistant to former governor of Ondo State, Olusegun Mimiko on Contact and Mobilization, Kayode Arigbede, in a statement made available to journalists in Akure, the state capital, said Chief Abraham was rated first because of his progressive antecedents since 1999.

Arigbede said, “He, Abraham has been a consistent party man, and is financially strong to win an election.”

Positing that the only female aspirants among the contenders, Jumoke Anifowose, is a party person, who has climbed the ladder from being a local government party chairman, was also said to be acceptable to both men and women of the state.

The political rating reads further, “Anifowose has consistently being a loyal party woman, she is accessible and her tenure as the Ondo State chairman of the defunct Action Congress of Nigeria, ACN, was very peaceful.

“Isaac Kekemeke came third in the survey. Kekemeke was the state APC chairman, when Akeredolu clinched the party ticket and became governor of APC that produced the incumbent governor, and he is a loyal party man.

“Chief Olusola Oke, SAN is fourth. He has served as both state and national officers in his former party. He was in the House of Representatives in the Second Republic.

“He joined the Alliance for Democracy, AD, in order to contest the gubernatorial position against the incumbent. He has since returned to APC.

“Arakunrin Akeredolu, the incumbent is rated fifth, he is no doubt loyal to the party, but the romance by his supporters to join the Action Alliance, AA, during the last general elections has affected his rating in the party across the state.

“Many complained about his being apolitical and nepotistic towards his Owo people. He is strong financially to face any election as incumbent governor of the state.”