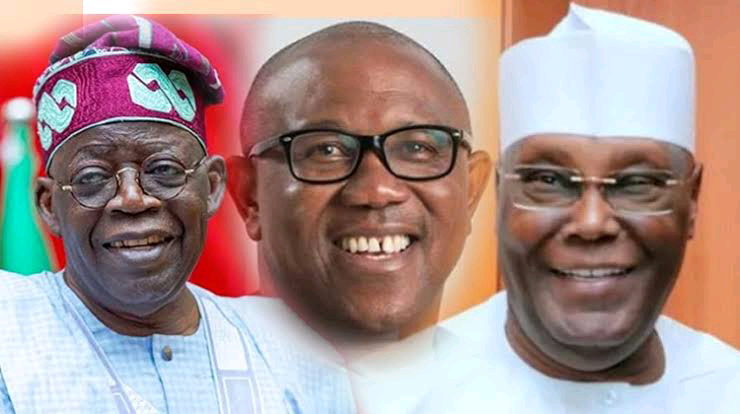 Until science unmasked the myth of the jungle and brought the secrets of wildlife home to man via the television, little did the world know the lion wasn’t the king of animals. Yep, the world never fully realised that the lion, when alone, was a potential danger, whose presumed invincibility is magnified by the strength in collective hunting, otherwise known as collective looting in Nigeria’s political circles: Kill and chop.

Partly owing to man’s predilection for royalty and the lack of adequate understanding of the jungle, humans ascribe kingship to the lion, because of its crown-like mane, overlooking the biggest, fiercest and most powerful of the cats, the tiger; as well as the biggest of the beasts, the elephant, both of whom can kill the lion – one-on-one.

It’s a lesson in survival tactics when a full-grown lion tactically strays away from the path of the hippopotamus or swishes its tail in respect when a rhinoceros scuttles past.

One-on-one, the lion would be dead meat to the grizzly bear, neither can it single-handedly kill the giraffe, who can kick with the four legs, and would only stand a 50-50 chance in a duel with a silverback gorilla.

When I watched a video, in which a threatening pride of lions was afraid to go near a battle-ready porcupine, I remembered the Yoruba proverb: “Kí kéré l’abẹ́rẹ́ kéré, kìí se mímì fádìyẹ,” and understood the taboo which the needle in the haystack has become for the chicken.

Brimming with muscular pounds of strength, the bull’s physicality is etched in stone. Mentally, however, its head is a vacuous cavity lacking the brain needed to survive jungle predators. The meat of the bull cannot be food for a lone lion, except lions hunt in packs to beat starvation.

Predictably, there would be an imbalance in the food chain if bulls were wise enough to collectively repel lions. But bulls won’t attack lions because it’s in their DNA to be docile, to be big-for-nothing and stupid, except for occasional acts of resistance, when the hunted turns around to gore the hunter.

We, Nigerians, are bulls. The retired Major General Muhammadu Buhari-led government is a pride of lions – cowardly bullies devouring ancestral patrimony and trampling on the rights of the timid masses incapable of thinking, because that’s the way the governing lions want them to be in the jungle called Nigeria.

If the lineage of lions had not messed up the minds of Nigerians, the masses would have realised the power in their numbers and risen to liberate themselves from insecurity, totally collapsed infrastructure, poverty and starvation.

Nobody, except uniformed servants like the members of the Lagos transport union and destined slaves, would be associating with the All Progressives Congress, APC, today.

In the nonsensicality of his wisdom, the king of Nigeria’s namby-pamby pride of lions, Buhari, approved for state-owned security corps in Katsina and Borno to bear AK-47 guns, but he denied the request of Ondo State governor, Mr Rotimi Akeredolu, for the Western Nigerian Security Network Agency, aka, Amotekun Security Corps, to bear arms.

Akeredolu, miffed by the nepotism of the Emir, Northern caliphate, Sheikh Muhammadu ibn Buhari, accused the former soldier who was booted out of the Army in August 1985, of deliberately exposing Yoruba lives to marauders and destroying the region’s agricultural sector.

Akeredolu, who is the Chairman, South-West Governors’ Forum, said, “Denying Amotekun the urgently needed rights to legitimately bear arms is a repudiation of the basis of true federalism, which we have been clamouring for. That Katsina was able to arm its state security force with AK-47 means we are pursuing a one-country, two-system solution to the national question.

“If the Katsina situation confers advantages on some, in the face of commonly faced existential threats, it means that our unitary policing system, which has failed, is a deliberate method of subjugation which must be challenged.”

In a telephone chat with me on Sunday, Oshun particularly bemoaned the proliferation of arms and ammunition in the South-West, warning that the instability in the system portended grave danger for the entire country.

He asked in the video, “Why should Borno JTF and Katsina State Security Unit have arms approved for them by the unitary government yet Amotekun, in the face of flagrant incursion into Yoruba land by unidentified ethnic terrorists of both local and foreign origins, cannot carry arms, why?

“Afenifere Renewal Group contends that it is this kind of impunity by the unitary government of Nigeria and the subversion of federation principles that brought us to this low levels of flagrant insecurity, collapse of our educational system and the massively impoverished populace in our country.”

Oshun, who commended Akeredolu, said irrespective of the 2023 elections and the pretence that democracy was on course, Nigeria would only survive as a country only when the required constitutional restructuring was carried out.

“No section of the country can hold it (Nigeria) together on the sheer force of arms on a permanent basis. It will only remain together if we, all Nigerians, agree to let it remain together,” he said.

Like a people with bull brains, Nigerians rankadedelise our tormentors, who shut university gates against our children, we live in abject darkness, daily waste five hours of our lives on the Lagos-Ibadan Expressway, and nod to ghastly ‘Emi Lokan’ rhythm by the minstrel of Bourdillon.

I’ll reiterate for the umpteenth time that none among the APC presidential candidate, Bola Tinubu, Atiku and Obi is seeking office to genuinely develop Nigeria; all are seeking office for the power, perks and paraphernalia therein.

I say this because each of the presidential candidates knows that no development can emanate from the continued use of the pro-North 1999 Constitution, which supports the current madness ailing our dear country. But none of them has said the obvious, nor explained how to bring about the desired constitutional amendment alias restructuring.

Going by political history and emerging indications from the camps of the APC, PDP and LP, the reading of the political barometer of the APC in the South-West shows a propensity for vote buying, ballot snatching and violence, exactly the same indications on the PDP Northern barometer, which has child-voting to boot while the LP barometer on the South-East axis shows divisive comments, ethnicism and cyber bullying.

Conducting the 2023 elections without restructuring, and expecting a change in the fortunes of the country is like fetching water with a basket or heading up North from Abuja and expecting to land in Calabar.

No matter the amount of prayers and well wishes, nothing good will come out of Nigeria, except we, Nigerians, lay the foundation for greatness by addressing the inherent injustices in the system.

God has never come down to help any people develop their country. As we lay our bed, we will lie on it.

•Odesola, a United States of America, USA-based journalist and public/political analyst, writes from the USA; and can be reached via: Email: tundeodes2003@yahoo.com; Facebook: @tunde odesola; Twitter: @tunde_odesola.