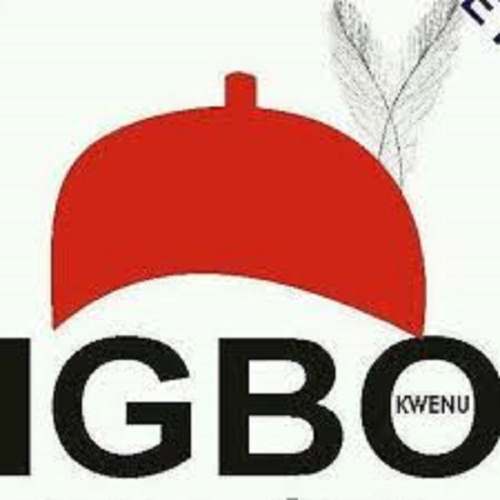 Since zoning of political offices has become the order of the day in Nigeria, an equitable consensus would follow that Southern Nigeria – the Igbo in particular – will produce the next president of the country, come 2023.

But such zoning convention has begun to beg the question: Would the candidacy be open to the entire Igbo nation or would such opportunity be limited to the South-East zone of Nigeria?

The answer is a no brainer: The ticket ought to be open to the entire Igbo nation of the Southern extraction. Here is why.

The proponents of rotational presidency argue that the concept would ensure a sense of belonging among Nigeria’s disparate ethnic groups. Of the three Nigerian major tribes, namely, the Igbo, Hausa-Fulani, and the Yoruba; only the Igbo are yet to lead the country under a democratic setting.

The Igbo nation – that is, people sharing similar heritage, including culture, names, language, and religion  – is beyond the South-East zone. But many political pundits understandably like to paint a marginal picture, and the gullible society, the Igbo not excluded, never hesitates to buy the gambit.

This distortion has perpetuated because of the fleeting nature of memory in the Nigerian state, where true history has been tabooed.

For example, while the current President-General of Ohaneze, Barrister John Nwodo, is from Enugu State of South-East zone, the General Secretary, Barrister Uche Okwukwu; and Vice-President-General, Dr. Sylvanus O. Ebigwei, hail from the South-South states of Rivers and Delta, respectively.

Needless to mention that Ambassador Ralph Uwechue, an indigene of Delta State, was the Ohaneze President-General between 2009 and 2013.

Therefore, if the presidency is to be zoned based on the existing six zone-structure of Nigeria, a South-South Igbo of this generation cannot realistically aspire to lead the country, his or her credentials notwithstanding.

The foregoing hypothesis was tested in 2007, when the South-South zone lobbied for the presidency. The South-South Igbo, remember, were told in unmistakable terms to explore such ambition whenever it is the turn of their kith and kin in the South-East.

It is on such backdrop that Pa Edwin Clark, the leader of the South-South zone, made the infamous (or rather the rational) statement that Dr. Peter Odili, a former governor of Rivers state, had no moral right to encroach on the turn of the zone.

Even though Mr. Odili was arguably the most compelling presidential aspirant in the 2007 electoral season, he was blackballed, mainly because of his Igbo heritage.

The South-South Igbo must not be allowed to suffer a double political whammy. Having been sidelined by their South-South neighbors in 2007, based on ethnic orientation, it behooves the South-East Igbo to accommodate their kith and kin in the race for the 2023 presidency.

Make no mistake about this: The South-East is the only zone in Southern Nigeria that is yet to produce a democratically elected president. Therefore, embarking on the presidential project solely through prism of the South-East can be superficially plain. But the Igbo must be careful not to tempt a pyrrhic victory.

Politics is a game of number. We can take a cue from the political genius of our Hausa-Fulani counterparts. Despite their vastly disparate ethnic origins, the Fulani and the Hausa groups in the three Northern zones have molded into a seemingly homogeneous political block. It is not surprising, therefore, that they show a united front in the different political parties whenever it is the turn of the North to produce the president.

Though the North-West zone has dominated over the years, the people go the extra mile to ensure that the inherent zoning arrangement does not foreclose the aspirations of the Hausa or Fulani-speaking people from the North-East. That is how recent doyens of the North-East politics, such as Adamu Ciroma, Bamanga Tukur, Atiku Abubakar, and Nuhu Ribadu, were able to mount respectable presidential bids.

Broadening the Igbo political map is a win-win. It will offer Nigerians a larger pool of aspirants to choose from. Besides a galaxy of presidential aspirants from the South-East, it would also address the aspirations of the South-South Igbo, particularly those in their prime, for example, Patrick Utomi, Ngozi Okonjo-Iweala, Ifeanyi Okowa, Tony Elumelu, Peter Odili, Mike Okiro, Chibuike Amaechi, and Nyesom Wike, to name a few.

Unity is power. A united Igbo front has a better chance of winning the zoning debate, to begin with.  Further, a Nigerian presidential project anchored through the entire Igbo nation has the potential to unite the people towards common purpose.

It can halt the defeatist trajectory of postwar politics and de-Igbonization policy of successive national governments, which have combined to fracture the Igbo unity to the point where some never hesitate to deny their Igbo heritage, either for post-war survival or in exchange for political porridge.

It can equally instill commonsense to those who use mere political affiliations or boundaries to assume superior Igbo heritage over the others.

Igbo bu Igbo! The hint is that the South-East and South-South Igbo share a common destiny in the Nigerian experience. And they ought to share good fortunes, as they did past misfortunes. For instance, the South-East Igbo bore (or have continued to bear) the brunt of the first Nigerian coup, led by Chukwuma Kaduna Nzeogwu, a South-South Igbo.

Similarly, the South-South Igbo were not spared by the actions of Chukwuemeka Odumegwu Ojukwu, a South-East Igbo, who led the Biafran war. The bond between the two Igbo groups is not lost in the fact that they have sustained similar voting patterns in national elections, despite postwar feuds, orchestrated by successive national governments.

A Nigerian president of Igbo extraction will not only heal the wounds of the past, it is also a bold step in harnessing the country’s abundant potential towards the greater good. It is an opportunity for equity and justice.

It is an opportunity to assuage the long-standing distrust against Igbo-speaking people of Nigeria. It is a profound opportunity for the Igbo to reverse the downward spiral of distrust created among themselves by artificial post-civil war boundaries.

Dr. SKC Ogbonnia, a former presidential aspirant, writes from Ugbo, Awgu, Enugu State and can be reached on Twitter @ SKCOgbonnia