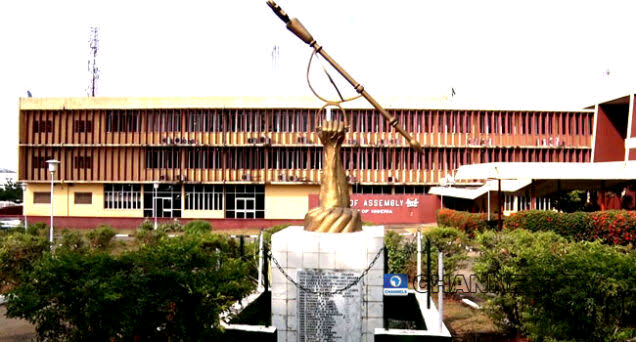 The Ogun State House of Assembly has commended the state governor, Prince Dapo Abiodun, on the recent approval of the reconstruction of the 32-kilometre Sango-Ijoko-Akute-Yakoyo road, even as it also requested for same consideration for other roads across the three senatorial districts that require immediate reconstruction or rehabilitation.

Giving the commendation, the Speaker of the Ogun State House of Assembly, Rt. Hon. Olakunle Oluomo, while presiding over the plenary at the Assembly Complex, Oke-Mosan, Abeokuta, stated that the award of the contract and mobilization of contractor to site would bring about a great relief to road users on that axis as well as improve the socio-economic well-being of the people.

Rt.Hon Oluomo also lauded security operatives in the state for the successes recorded recently through improved surveillance, which among others, led to the arrest of a suspected Boko-Haram kingpin in Abeokuta, encouraging them not to rest on their oars.

The Speaker therefore charged the security agencies to ensure a more coordinated efforts towards curtailing all crimes and criminalities that could result in the breach of peace and tranquility in the state, just as he also challenged residents of the state to be security conscious and always give intelligence information for easy security surveillance.

Oluomo said that the commendation became imperative, against the backdrop of the avalanche of complaints from the people, resulting in the Assembly’s resolutions on the need to ensure improved security networks across the state.

In a related development, the Assembly has confirmed the nomination of five commissioner-nominees of Governor Abiodun.

The Assembly’s confirmation was sequel to the adoption of the report of the Committee of the Whole House, chaired by Speaker Oluomo, as presented by his Deputy, Akeem Balogun, while the Majority Leader Yusuf Sheriff moved the motion for its adoption and was seconded by Hon. Kemi Oduwole.

The confirmation of the nominees was thereafter done through a motion moved by the Majority Leader, seconded by Abdul Bashir Oladunjoye and supported by the whole House through a voice vote.

Recall that the Assembly had earlier screened the nominees during a session of the Committee of the Whole House, chaired by Speaker Oluomo the previous day; where the nominees were implored to render more service for the socio-economic development of the state, when confirmed by the Assembly and sworn in by the state governor.